What Does It Mean to Be a Pagan?

Touching upon the origins, history and diverse practices of the modern pagan.

What’s the first thing that comes to mind when you hear the word ‘Pagan’?

You may be surprised to know that only one word in these four sentences is truly related to Paganism. And that word is not ‘pentacle’. It’s ‘forest’.

There is an abundance of preconceptions and stereotypes about what it means to be a Pagan. These preconceptions and stereotypes are all around us; in literature, in the teachings of the Christian tradition, in every form of popular culture. And they have been all around us ever since the 4th century CE when the term ‘Pagan’ was coined for the first time.

Where Did the Word ‘Pagan’ Come From?

If we look at its linguistical roots, the word ‘Pagan’ derives from the Latin word ‘pāgānus’, which meant ‘related to the countryside’, ‘rural’, ‘rustic’, ‘villager’ and later also meant ‘civilian’. When Christianity was officially adopted by the Roman Empire around the 4th Century CE, a word was needed to describe all the people who still practiced the old, polytheistic religions. The word ‘pagan’, was used interchangeably with words such as ‘hellene’ (for those worshipping the Greek/Roman Pantheon), ‘heathen’ (‘dwelling on the heath’) and ‘gentile’ (originally meaning ‘of a clan or tribe’, but the word later evolved to mean ‘non-Jewish’). There are many theories as to why the word ‘Pagan’ became synonymous with ‘non-Christian’.

To get back to the word ‘forest’, the most prominent theory among historians is that with the rise of Christianity, non-Christians became increasingly rural, choosing to live closer to nature and out of the way of the Christian population, who resided in the bigger cities. This is mostly true – most Pagan religions are closely connected to nature. But given the fact that the word ‘Pagan’ also means ‘civilian’ and ‘non-military’, another theory says that it was used to distinguish them from Christians who, back then, were all considered ‘soldiers of Christ’ (Milites Christi). Eventually, ‘Pagan’ was used by all Abrahamic religions (Christianity, Judaism, Islam) to describe all non-Abrahamic religions.

Whatever the true origins of the word though, the important thing to keep in mind is that Pagans did not choose it for themselves — or even consider themselves as one group of people. On the contrary, the people who practiced non-Abrahamic religions had a very distinct sense of identity and nationality based on their geographic region and pantheon. Greeks who worshipped Zeus perceived themselves as very different from Egyptians who worshipped Horus; later on, the Teutonic tribes worshipping Woden (Odin) certainly didn’t feel like they had much in common with the Celtic Druids who worshipped Cernunnos. If we think about it in contemporary terms, non-Christians did not think of themselves as ‘Pagans’ any more than native Americans ever thought of themselves as ‘Indians’. In both cases, those names were given to them by the people who sought to belittle and oppress them. ‘Pagan’ quickly became a derogatory term; an accusation of being uncivilised, immoral and a believer of false gods. For many centuries, simply being called a Pagan would bring forth prosecution, and quite possibly, death.

However, as is the case with many derogatory names given to oppressed groups, Pagans started to slowly reclaim the word, and nowadays use it with pride to describe themselves.

The Rise of Modern Paganism

Between the 14th-17th century CE, the Renaissance brought a revival of magical practices – and with it, a renewed interest in non-Christian traditions. Having endured the waves of witch-phobia and prosecutions, people started becoming fascinated by the old pantheons and rituals, a fascination that culminated during the era of Romanticism, around the 18th-19th century CE. Pagan mythology, especially of Celtic and Viking origin, started being reconstructed by writers of the time; soon, pagan myths became intertwined with folklore and fairy tales and interconnected with Christian traditions. Consider, for instance, all the pagan customs we still observe in Christmas today!

In the early 1900s, prominent occultist Aleister Crowley founded the Thelema religion and encouraged a wave of neo-Paganism and general interest in mysticism, ceremonial magic and tarot reading. Crowley inadvertently became a source of inspiration for Gerald Gardner, who went on to establish the Wicca religion, where a Goddess and a God are perceived as equal, yin-yang like forces that move the universe. Through the rise of Wicca in Europe and subsequently in the US, Paganism increased in popularity and entered a phase of ‘revival’, where neo-Pagans thought themselves as the descendants of ancient witches, Druids and Vikings, among others.

What Does It Mean to Be a Pagan in the Modern Day?

Many Pagans also believe in deities from Abrahamic religions, accepting, for instance, Jesus Christ as a deity (although not their main deity). It should be noted though, that Pagans are not associated with Satanism. For starters, modern Satanism is in direct contrast with Paganism, as it rejects believing in any supernatural beings. As for the biblical depiction of the ‘Devil’, it was actually modelled after Pagan fertility gods like Pan and Cernunnos, who had horns and were depicted as half-goats. In the days of early Christianity, this was done as an attempt to equate Pagan beliefs to the source of all evil. Do you see now, exactly how many misconceptions we still have about what it means to be a Pagan?

One thing all Pagans would agree on is that there is no single way of being Pagan. Even within the same tradition, you will probably find as many different versions of it as there are people. You may choose to follow the Celtic Wheel of the Year and celebrate Wiccan sabbats, you may choose to practice witchcraft and do intricate rituals, or just spend quiet time alone in nature. You may accept the Divine Feminine as the ultimate source of power or believe in a Goddess and a God who are equals. Respect Nature, our planet and all forms of life and choose your own way to honour them. As long as you don’t miss the forest for the trees, both figuratively and literally, you will be fine.

At the time of publishing, entering the code NATURE at checkout will reduce the price of our
Paganism Diploma Course by 50%. 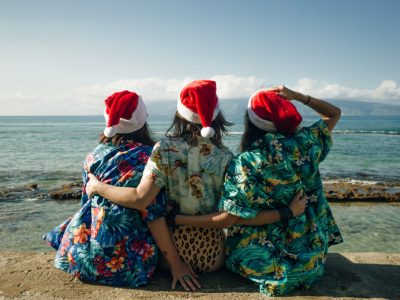 Have A Ho’oponopono Christmas!

For those who celebrate, Christmas is a time of joy and sparkle. But no matter who you are or what you believe spiritually, as ... Read More

Christmas, more than any other time of the year, is a time for tradition. Whether you celebrate or not, we are all surrounded by ... Read More 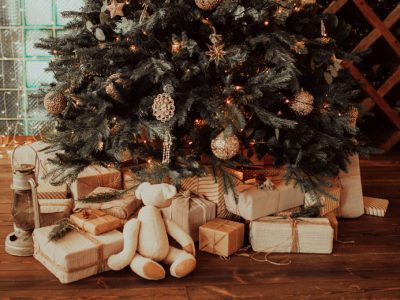 How To Have a Sustainable Christmas You Can Feel Good About

Christmas has become a time of mass consumption. Don’t get us wrong, the joy of gift-giving, eating and drinking, and ... Read More