Cleopatra VII Philopator was a world-renowned leader who was one of the most prominent figures of the Macedonian Greek Dynasty ever to have lived. Her appointment as Queen of Egypt was but a mere reflection of an intelligent, powerful woman who was as well-remembered for her good deeds and leadership as she was for her esoteric background, scholarly traits, and romances with both Julius Caesar and Marc Antony. Here we’ll be taking you through the birth, life, and death of Cleopatra – the final ruler of Ptolemaic Egypt.

The Birth of Cleopatra

Cleopatra was born of Ptolemy XII, ruler and King of Egypt for almost 40 years. While the exact date and details of her birth are debated, history places her birth year at 69 BC. From her birthplace of Alexandria, Egypt, Cleopatra was raised in the Palace of Alexandria, receiving a Hellenistic Greek education from Philostratus, otherwise known as “the Athenian” – a prominent Greek sophist. From this mentor, Cleopatra learned the arts of oration and philosophy. She was educated in nine languages spanning Greek, Egyptian, Median (or ancient Iranian), Parthian (an Iranian derivative of Aramaic), Syriac, Ethiopian, Hebrew, Arabic, and Troglodytae. Scholars are not certain of which languages she could speak fluently but it is known that she did speak ancient Greek and ancient Egyptian fluently. Cleopatra was so well-versed in the barbaric tongues that she seldom needed an interpreter – a skillset which worked well alongside her headstrong nature. For this was a leader who needed no counsel, acted independently of her advisors, and seized every opportunity that came her way.

Her expansive education spanned everything from Greek medicine to Egyptian history. Cleopatra’s learned position led to her involvement in numerous spiritual and societal rites, such as the journey to Hermonthis to see to the installation of a sacred Buchis bull serving as a channel to the Egyptian God Montu. This example being her first act as Queen of Egypt. However, her grand rites did not come before Ptolemy XII, and most of the royal family had been exiled in lieu of the family doing nothing in response to the suicide of their King’s brother, Ptolemy of Cyprus, after he was overthrown by Roman forces. In 58 BC, Cleopatra’s older sister, Berenice IV, rose to power and claimed the throne while her father was driven out of Egypt in fear of insurrection. Yet, her father had not yet given up and instead sought the assistance of Roman forces. Ptolemy XII arrived with the forces of Roman Aulus Gabinius, who marched on Alexandria in 55BC. By 51 BC, he reclaimed the throne from Berenice IV and her husband Archelaus, of Pontic descent.

Suffering under massive debt and having crippled the worth of Egyptian currency by at least 50%, Ptolemy XII was no longer viewed as the King of Egypt but rather a Roman statesman. His only redeeming trait was how he managed to secure the Egyptian throne, passing it on in his will after this sudden natural death late in the year of 51 BC. Following in the footsteps of countless leaders before her, 18-year old Cleopatra VII ascended to the throne after her father’s passing. At first, she ruled with her 10-year old brother Ptolemy XIII. The two were coronated as rulers of Egypt together, married in Egyptian tradition. Later disputes led to quite a different future indeed. By 48 BC, Cleopatra and Ptolemy XIII were in the midst of a heightened dispute. The rivalry between the two siblings was always strong, with Ptolemy XIII being the far easier to influence by the state and power-hungry advisors led by his regent.

Ptolemy XIII and his regent Ponthinus attempted to depose Cleopatra in the spring of 48 BC. Her status as Queen was gaining strength, with Cleopatra even featuring on minted currency while her younger brother did not even appear on state documents. Helped by his regent, Ptolemy XIII forced Cleopatra to flee to Syria, which started a civil war. During this time, Arsinoe IV (their other sister) claimed the throne. With his popularity falling, Ptolemy XIII allied with Arsinoe IV in an attempt to oust Cleopatra VII. The Roman civil war led to Cleopatra’s and Caesar’s first meeting and resulted in some of the most famous battles of history, including the eventual burning of the Library of Alexandria and the Siege of Alexandria itself in 47 BC.

Cleopatra and Caesar Fall in Love

At the time, Julius Caesar was one of Rome’s greatest generals and was in pursuit of arch-rival, Pompey, who had fled to Alexandria in hopes of regrouping his forces. Instead of retreating to a place of sanctuary, Pompey was promptly beheaded by Ptolemy, driving Caesar into a rage as he had hoped to one-day ally with his statesman again. While camped on the island of Antirhodos in the Portus Magnus of Alexandria, Cleopatra snuck into Julius Caesar’s chambers. Using her charismatic brilliance, superior education and outright audacity, 21-year-old Cleopatra won the devotion and support of 52-year-old Caesar. It is believed that the two fell madly in love during this first secret encounter.

In 47 BC, Ptolemy XIII died during the Battle of the Nile, once again making Cleopatra the ruler but this time alongside her other brother Ptolemy XIV. It is said that Ptolemy XIII drowned in the Nile River as the 15-year-old leader became overwhelmed by Caesar’s superior strategy and tactical capabilities. Complete control of Egypt was now in the hands of Julius Caesar, who promptly reinstated Cleopatra VII as co-ruler of Egypt alongside her 13-year-old brother, Ptolemy XIV Theos Philopator II. Just a year later, Queen Cleopatra gave birth to Caesar’s child, Ptolemy Caesar, also called Caesarion. By 46 BC, Cleopatra and her joint-ruler brother were declared “friend and ally of the Roman people” while residing in the Horti Caesaris – Caesar’s villa, a status highly-contested by the Roman populace. Even though all efforts were made to kindle favour for Cleopatra, unrest prevailed among the Roman senate, leading to the assassination of Julius Caesar.

The Death of Caesar

On the Ides of March (March 14th) 44 BC, Julius Caesar was stabbed 23 times and died adjacent to the Theatre of Pompey. The conspiracy was led by Roman senators Gaius Cassius Longinus, Decimus Junius Brutus Albinus, and Marcus Junius Brutus, who claimed Caesar had planned to instate totalitarianism and overthrow the state. With no living legitimate children under the Roman-state law, Caesar’s grand-nephew Octavius took his position as political heir and beneficiary of two-thirds of Caesar’s estate. Carrying the adopted name of his uncle, Octavian Julius Caesar now ruled Rome amidst a tense battle for rulership and power. The two strongest factions vying for control were the armies of Mark Antony and Octavian, the new Caesar.

Cleopatra met with Mark Antony during 41 BC after being summoned to Tarsus. This was not their first meeting as they had first encountered each other in 55 BC during a campaign in Egypt and again in 48 BC. It was during this meeting that Antony fell for the Egyptian queen, allured by more than just her charms as both had wide-spread benefits to a union. Their relationship was a chance for Cleopatra to seize power in Egypt and Rome, while Mark Antony was clearly captivated by the allure of the wealthiest woman in the world and what one of Rome’s largest clients could bring. With the general at her side, Cleopatra ordered the assassination of her half-sister, Arsinoe – removing any risk of being usurped. During 41 BC, Antony and Cleopatra spent the entire winter season together, followed by the birth of their twin children Alexander Helius and Cleopatra Selene II in 40 BC.

The Failings and Fall of Mark Antony

Using the wealth accrued from his relationship with Cleopatra, Antony undertook many campaigns to elevate his power, the greatest failure of which was his Parthian campaign whereby it is estimated that 80,000 soldiers lost their lives in vain. By 34 BC, Antony and Cleopatra distributed Roman and Parthian lands among Cleopatra and her offspring. This is known as the ‘Donations of Alexandria’ and Caesarion was also proclaimed to be Caesar’s legitimate son and heir during this time. Outraged by the act, Octavian revoked Antony’s civil powers and immediately declared war on Cleopatra. On September 2, 31 BC, Mark Antony and Cleopatra’s forces suffered a crippling defeat at the naval Battle of Actium in Preveza, Greece. With Egypt invaded and the forces at Alexandria drastically outnumbered, Mark Antony’s armies surrendered and Antony himself fell upon his own sword. The only way that he could reclaim his honour as a Roman was to end his own life.

Dressed in royal robes and set upon a golden couch carrying a diadem upon her forehead, Cleopatra was paraded through the streets by Octavian in a triumphant celebration of Antony’s defeat. At age 39, having spent 22 years as queen and 14 years as the consort of Mark Antony, Cleopatra took her own life. While debated, it is largely believed that Cleopatra died as the result of an asp bite brought to her on her request and hidden in a basket of figs, while other historians believe a vial or ointment of poison was used to commit suicide. Cleopatra’s death marked the conclusion of the final war of the Roman Republic. Just 18 days after his mother’s suicide, Caesarian was captured and executed by Octavian’s forces on 29 August, 30 BC. This event was both the end of the Ptolemaic dynasty’s Egyptian rule and the Hellenistic period of history. Egypt then became a province of the Roman Empire, while Octavian was renamed ‘Augustus’ in 27 BC, and went on to become one of Rome’s most successful, but controversial, emperors.

At the time of publishing, entering the code TOMB at checkout will reduce the price of our
Egyptology Diploma Course by 50%. 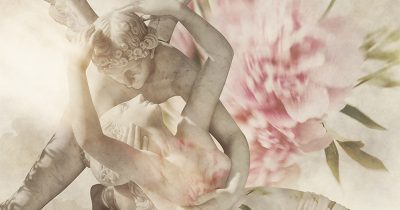 Why Greek Mythology is Still Relevant

You may well wonder at the continuing popularity of... Read More Boudicca was the queen of the Iceni people, a Celtic... Read More The people who discovered America were the nomadic... Read More