Philosophical thinking, whether we are aware of it or not, informs the way that we think about relationships. When people ask for advice, they want help to take a step back and find a richer and clearer framework within which to think about the issues they are struggling with. Depending on the person asked, the relationship philosophy used can vary immensely.

Philosophy makes more explicit the sorts of fundamental dilemmas and differences in opinion that underlie relationship problems. We will often question whether or not we have a right to feel angry or upset and ask others what they think we should do in a certain situation. Questions about trust, contracts, promises, the nature of love and the motivations of human behaviour are all common when we’re thinking about relationships.

The Ethics of Breaking Up 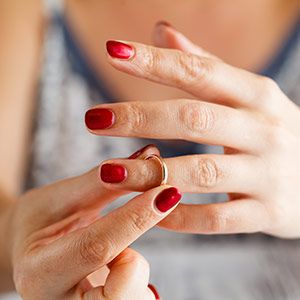 For example, if you are thinking of breaking up with your partner because you have fallen in love with someone else, there are a number of different ethical systems within which you could frame your actions.

You could think about what course of action would cause the greatest happiness to the greatest number of people. Will the happiness of you and your new love outweigh the misery of your previous partner? Using relationship philosophy, a utilitarian ethical system would say that, if so, then breaking up with your old partner is the right thing to do.

However, this also means that if your old partner’s unhappiness was greater than the sum of happiness created by your new relationship, it would be morally wrong to end things with your old partner. Many people would find this a dubious argument. But if you took into account your longer-term unhappiness from being in a relationship you no longer enjoyed vs. their misery if you broke up, there might be again an argument for the first course of action. Where do you stop? 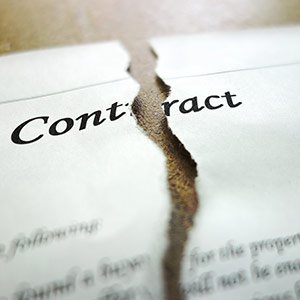 What if you were married to your first partner? A basic formulation of Kant’s universal law would suggest that it is morally wrong to break a promise or a contract (such as marriage) regardless of the unhappiness that holding to it would cause you. If you thought about it in this sense, rather than on the happiness of those involved, then it would be wrong to leave your first partner. Interestingly this seems to support an old-fashioned take on marriage than the one today’s society seems to accept.

Another way of looking at the situation within relationship philosophy, would be through the concept of virtue ethics. Virtue ethics looks at the character of the individual performing the action rather than the consequences of the action. What makes you a moral person is the virtues you embody. However, given that different people, societies and cultures have different ideas about what constitutes a virtuous life, it is pretty much impossible to create an idea of the virtuous human. But looking at your actions and the sort of person you are, rather than focussing on the idea of duty or consequences, seems to be a more relevant way of making decisions in relationships.

Finally, you could bring in the idea of rights. Bentham called the idea of inalienable natural human rights ‘nonsense on stilts’ - but what if you felt that the right to self-esteem (for example) was a basic human right? If by breaking up with your partner, you destroy their self-esteem, is there a sense in which you are denying them of a basic human right and thus performing a morally wrong action?

Relationship Philosophy: Can we Analyse Love and Relationships Rationally?

When making these kinds of decisions, I imagine that most people draw on ideas of morality pulled from several different systems of relationship philosophy. But rationally analysing a relationship seems somehow cold and heartless. We don’t naturally associate rational analysis with matters of the heart. Some questions just seem as though they should not be asked within this logical framework.

Take this question found on askphilosophers.org

‘There are billons of people on this earth, and yet so many people proclaim that they have found their one-and-only soul mate. Is it reasonable of them to say that if they haven’t met everyone on the earth? Is there really such a thing as a ‘soul mate’? If not, then is it safe to assume that people simply settle for what is within their reach and then redefine what love means to them?’

It feels as though the questioner here has somehow misunderstood what we are trying to say when we speak of the idea of soul mates. It isn’t something as tangible and obvious as he makes it out to be. We start to make some kind of distinction between our emotions and our rationality. Using a formula to answer a relationship question seems incomplete.

Rationally exploring the morality of actions in relationships and the meaning of trust, contracts and rights is a useful way of helping us to understand what we are talking about – but we shouldn’t lose sight of the messy and irrational emotional element of every human relationship too.

At the time of publishing, entering the code LEARNING at checkout will reduce the price of our
Philosophy Diploma Course to £29.