An Examination of Extreme Weather; From Tornadoes to Tropical Cyclones

Since the dawn of time, humans have been forecasting the weather and long-term climate changes. Often, it’s just to avoid getting caught in the rain on the way home from the supermarket. But, when it comes to extreme weather, knowing what’s headed your way can be a matter of life and death. Meteorology, the study of short term weather conditions, can tell us a bit more about extreme weather.

Contrary to popular belief, blizzards don’t just happen when it’s snowing. A blizzard is a snowstorm with wind speeds of at least 35mph. The wind whips up snow, sometimes as it’s falling and sometimes once it’s grounded – significantly reducing visibility. Blizzards usually last for longer than three hours, sometimes as long as a week, and span up to thousands of miles – playing havoc with the unprepared and often bringing infrastructure to a standstill. 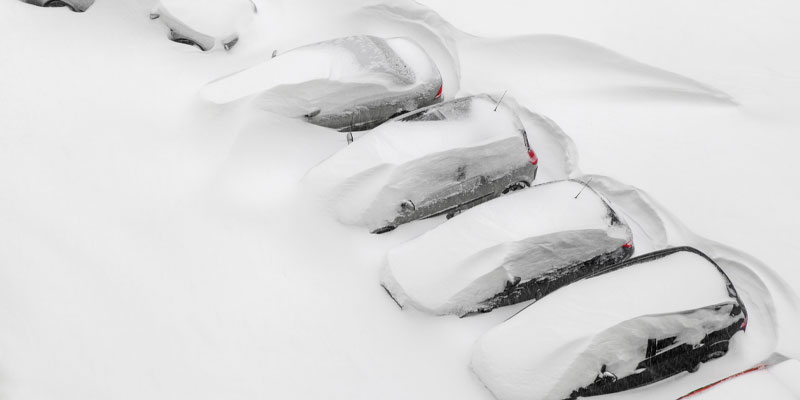 These titans of cold generally develop on the northwest side of a powerful storm system, with the winds picking up where the high pressure of the storm collides with the low pressure of the area beyond the storm.

Blizzards aren’t just the focus of alpine meteorology, either. As the UK saw in 2018 with the Beast from the East, blizzards can spread across Europe, Russia, America, and China, just as they can occur in Antarctica.

A mainstay in American extreme weather, tornadoes are both beautiful and dangerous. In short, tornadoes are columns of air – called funnel clouds – spinning in a powerful vortex attached to the base of cumulonimbus or cumulus clouds. With an average spinning speed of 110mph and a diameter of 250 feet, tornadoes have the power to collect debris and cause colossal damage. They can develop much larger spans and faster speeds, however, and even be grouped with a number of tornadoes forming at any one time in large storms, usually as a result of supercells. 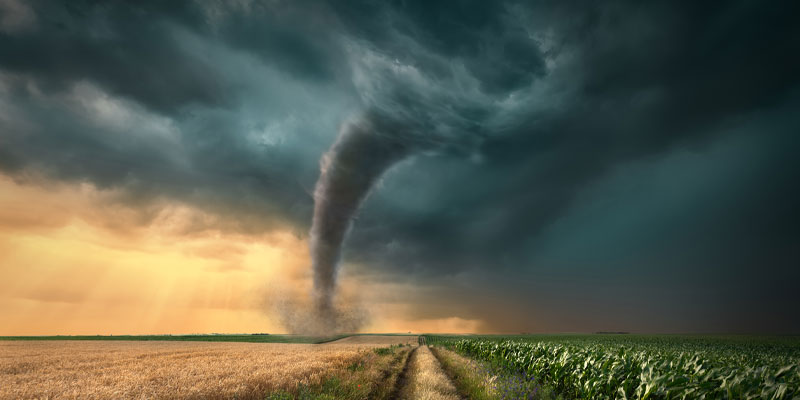 A supercell is a thunderstorm that develops with a cold front to contain a mesocyclone; an area between two and six miles of rotating air caused by strong changes in wind speed and direction, as well as a thunderstorm’s updraft. The most severe tornadoes are associated with supercells.

The process of tornado formation is called tornadogenesis.

Elsewhere, in areas of high humidity, marine meteorology can explain some of the most unusual extreme weather events, such as waterspouts. Waterspouts form over the sea and develop from cumulonimbus or cumulus clouds, creating a funnel of water mist and air.

Spectacle aside, waterspouts can be as large as 330 feet wide and last up to an hour with speeds of 50mph. 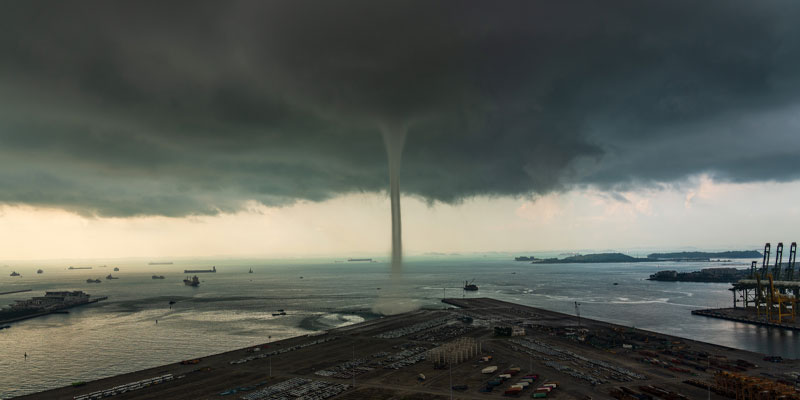 While they are not often as powerful as tornadoes, tornadic waterspouts can be destructive due to the formation of large hail and their coinciding with storms, forming from the cloud base downwards as in the formation of traditional tornadoes. They can also form supercells. Fairweather waterspouts are a little different, developing in calm conditions, when a column of wind meets water, and dissipating if they reach land.

When you picture a monsoon, you’ll likely think of the sound, smell and feel of heavy rain falling in tropical regions such as India. However, monsoons actually refer to both dry and wet seasons. 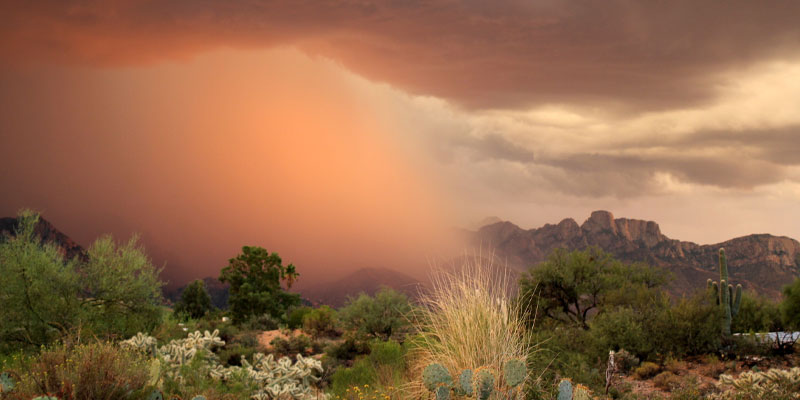 Monsoons are just one type of extreme weather that makes tropical meteorology so fascinating. So much more than heavy rain, a monsoon is actually the change of direction in strong winds across a region. Actually a sea breeze, monsoons begin when the ocean is much warmer than the land, creating imbalances and low-pressure systems.

Thunderstorms are one of the most exciting common extreme weather cases. Norse mythology would have you believe that they were caused by Thor. Meteorologists will instead tell you that they are brought on by cumulonimbus clouds; the tallest, darkest clouds that reach up to the stratosphere. 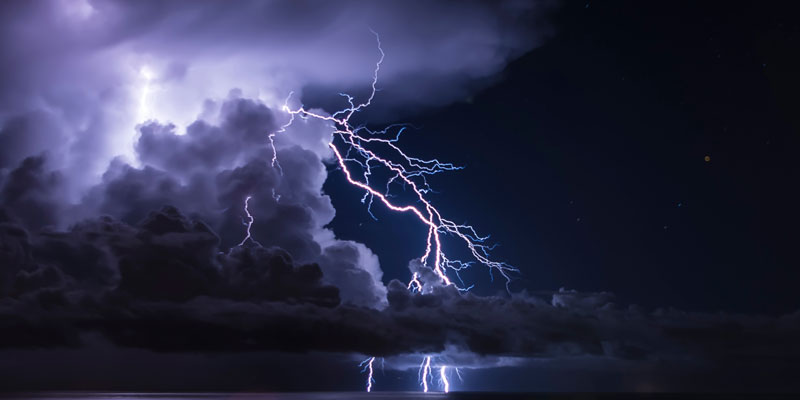 The theory goes that this contrast creates an electric field and, just as the charges build, they must eventually discharge. As you’ll know, opposite charges attract. So the negative charges at the bottom of the cloud discharge by forming an electrical connection between positively charged objects on the ground, such as trees, or the positively charged tops of clouds, such as with intra-cloud lightning flashes. It is believed this is when lightning strikes.

Thunder occurs when the air expands incredibly quickly, compressing and heating to temperatures of 27,000°C around a lightning bolt in an explosive shockwave that creates the thunderclap we hear. Scientists are yet to discover the exact mechanism that triggers lightning – yet another wonder of extreme weather.

Hurricanes are the name given to storms that reach wind speeds of 74mph in the Atlantic and North East Pacific regions during the hurricane season, which lasts from June to November. The winds of hurricanes don’t usually pose a threat to life but flooding is extremely likely due to ‘storm surges’; when water is pushed towards shore by sea winds. For this reason, hurricanes often result in evacuation orders being issued, and the severity of these extreme weather events are measured using the Saffir-Simpson Hurricane Scale. 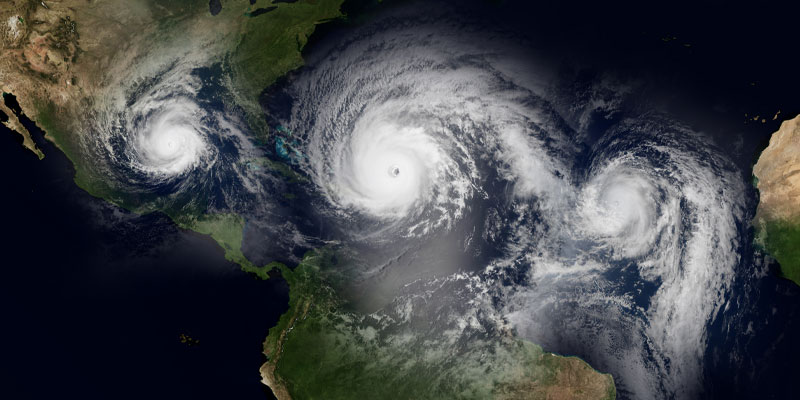 On the other hand, typhoons are hurricane-force cyclones occurring in the North West Pacific. In Australia and the South Pacific, they are named tropical cyclones, while in the Indian Ocean they are called cyclonic storms.

Cyclones are air masses rotating around a low-pressure centre, which occur when a number of factors combine – a large, warm, still area of ocean, atmospheric instability, high humidity, and low levels of vertical wind shear. The severity of cyclones is categorised on the Beaufort scale.

While some of the mechanisms of these extreme weather examples remain a mystery to meteorologists, there’s no doubt the study of weather is not only a wonderful way to understand the world in which we live, but also to potentially save livelihoods and lives.

At the time of publishing, entering the code LEARNING in the checkout will reduce the price of our
Meteorology Diploma Course to £29.