Please note, this article is not intended as medical advice. Should you be suffering from obsessive-compulsive disorder or symptoms similar to those of OCD, please seek medical advice from a healthcare professional. If you need urgent help, you can call The Samaritans on freephone 116 123 or email [email protected]

Amber Jayne Benjamin isn’t always washing her hands, nor does she spend hours a day cleaning or perfectly lining up pencils. She does, however, have obsessive-compulsive disorder. A severe, society-wide lack of understanding of so-called OCD means she doesn’t fit into the damaging cookie-cutter images of what society expects her to be. The 20-year-old loves tarot and singing and worked a part-time job in a pub in her home county of Wiltshire.

But Amber won’t be able to return to her job due to her mental health. She suffers from anxiety, among other ailments, as a result of her obsessive-compulsive disorder. Panic attacks during mealtimes – which she takes at different times to her family, so she doesn’t disrupt their dining — have resulted in severe weight loss, meaning that she will struggle to get back outside to exercise or enjoy singing lessons without fear of fainting.

And yet, despite her struggles — “a 24/7 battle” — and her resilience, Amber tells Centre of Excellence that not everyone in her life knows about her obsessive-compulsive disorder, partly because it's so difficult to explain and understand, given the many misconceptions. 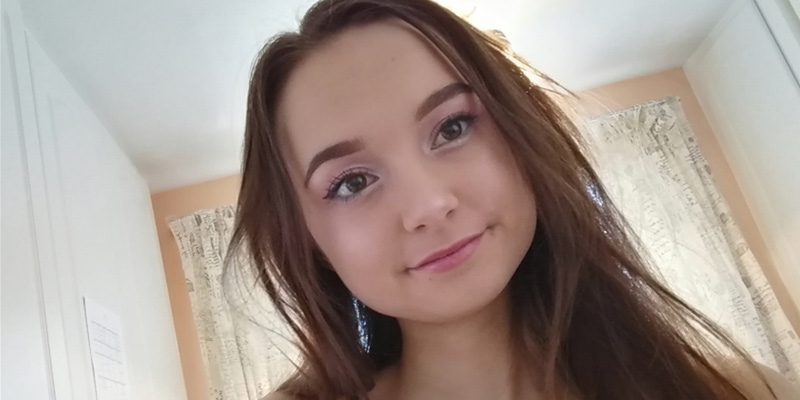 She said, “It is so widely misunderstood as having an obsession with cleaning, hoarding, or specific patterns or numbers.” Amber admits she “would never have had a clue” her initial symptoms were manifestations of obsessive-compulsive disorder “because, like most people, I thought of the stereotypes.”

Amber first discovered that she has obsessive-compulsive disorder in 2018. She describes her diagnosis as a “long and hectic journey” beginning the year prior, when she was still in college. When Amber “fell into despair and felt quite lost in life”, she had her first panic attack in the middle of the night “after having a whirlwind of intrusive thoughts” telling her she needed an ambulance. The next day, she “was utterly hounded” by them. Although these intrusive thoughts were all different, Amber experienced “intense and excruciating anxiety” with each one. They were “disturbing and distressing” and Amber immediately knew something was wrong. She adds, “I didn't know it was OCD, I just thought I was crazy.”

After researching repetitive and intrusive thoughts online, Amber realised she was suffering from obsessive-compulsive disorder. The young woman understood this better than the private counsellor who told her the intrusive thoughts were controllable “suppressed unconscious desires” and made Amber feel like a “monster”. The 20-year-old often left sessions in tears. After this traumatic experience, Amber was left with “fear and debilitating anxiety” until, eventually, she was referred by her GP to a counsellor on the NHS who finally confirmed her suspicions. 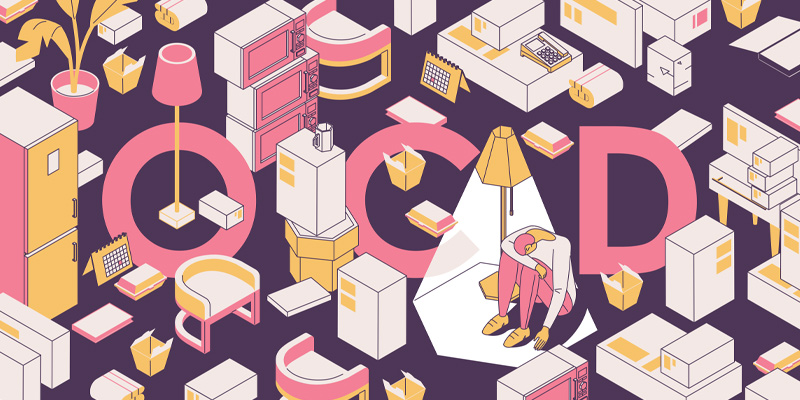 Later, with further studies and understanding, Amber would come to find she has subtypes of obsessive-compulsive disorder: Pure and Somatic.

Pure obsessive-compulsive disorder is hard to diagnose as obsessions and compulsions are not seen, largely taking place in a person’s mind. Amber said, “I would consistently get repetitive thoughts about harming myself, or accidentally walking out in front of a car.” She describes these as “full-blown brawls with my mind” and they could happen anywhere, anytime. Amber felt out of control and terrified that “a random and horrible thought like that could cause my body to react and act on my thoughts.” Amber understandably resorted to avoidance behaviours.

Another compulsion that manifested was unusual for Amber. Whilst not a religious person, Amber would feel compelled to pray, to appeal to “some sort of loving being” for help and “would cry in these moments” feeling “entirely lost and vulnerable.”

Amber also has a history of health conditions including asthma, allergies, hyperacusis, and more, which she believes are root traumas for her Somatic obsessive-compulsive disorder. This manifests with a preoccupation with bodily functions, such as blinking or breathing. These, in themselves, become obsessions.

Amber says it is “absolutely debilitating” and makes it hard to do basic everyday tasks, like getting dressed. The 20-year-old can sometimes be left hyperventilating after trying to control her breathing and says the experience can make her think that she’s “at the brink of life and death.” 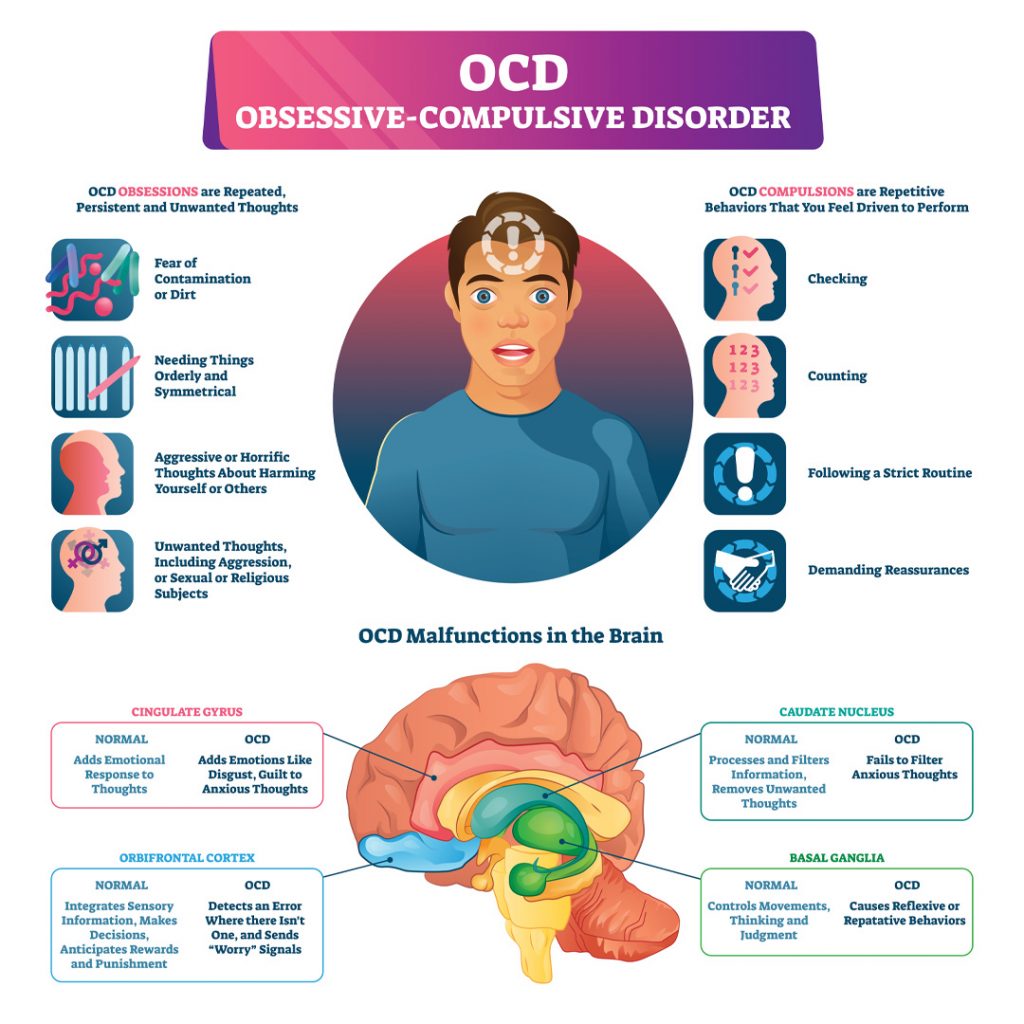 Amber also has several obsessive-compulsive spectrum disorders, including tics such as jerking her neck, head or jaw during an attack.

The pandemic hit Amber particularly hard and she began taking medication for anxiety. She said, “I was shut inside and never went outside. I would go through phases of being okay, then the next minute I’d be an emotional wreck, then an anxious little bean, then an exhausted and out-of-sorts alien. I felt like I was getting tortured by the universe for something I did in a past life.”

Like many, Amber threw herself into personal development and began studying with Centre of Excellence. According to Amber, the OCD Awareness Diploma Course helped her understand that there are many different reasons for the development of obsessive-compulsive disorder, from biology, brain chemistry and serotonin levels, to trauma and lifestyle. 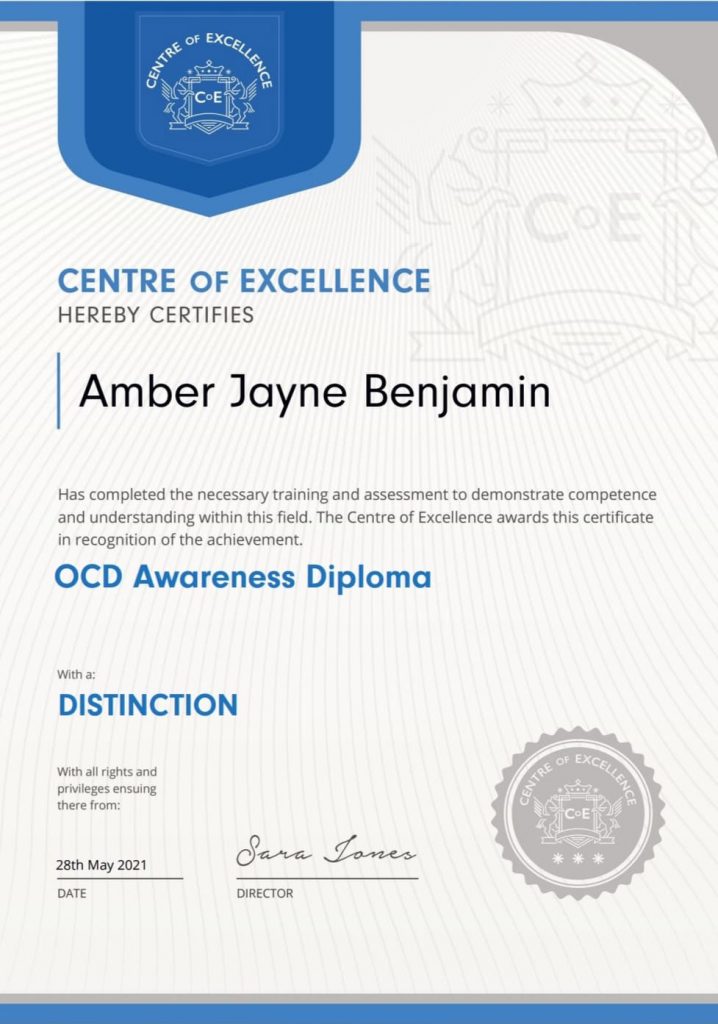 This helped her to discover different ways in which she can manage her OCD and — with many options available — begin to find what works best for her. Amber favours a mixture of medication, CBT and self-help techniques, such as eating well and aromatherapy. Amber also practises mindfulness meditation and yoga for self-discovery, which help her face her intrusive thoughts head-on and remain calm. However, everyone is different and she adds, “it's still a learning process and journey for me.”

Indeed, Amber thinks better society-wide education about obsessive-compulsive disorder is needed. It is estimated that 2% of the world’s population has obsessive-compulsive disorder, and it does not discriminate by race, gender or age, with symptoms often presenting first in childhood or early adulthood. The World Health Organization lists anxiety disorders, including OCD, as the sixth-largest contributor to non-fatal health loss globally.

And yet, Amber says the worst thing about obsessive-compulsive disorder is the level of misdiagnosis, adding “being able to differentiate between the disorder and a non-OCD thought it absolutely essential.” Likewise, many suffer in silence and go undiagnosed for fear of judgement.

Perhaps this partly contributes to the stigma, myths and stereotypes that prevail. 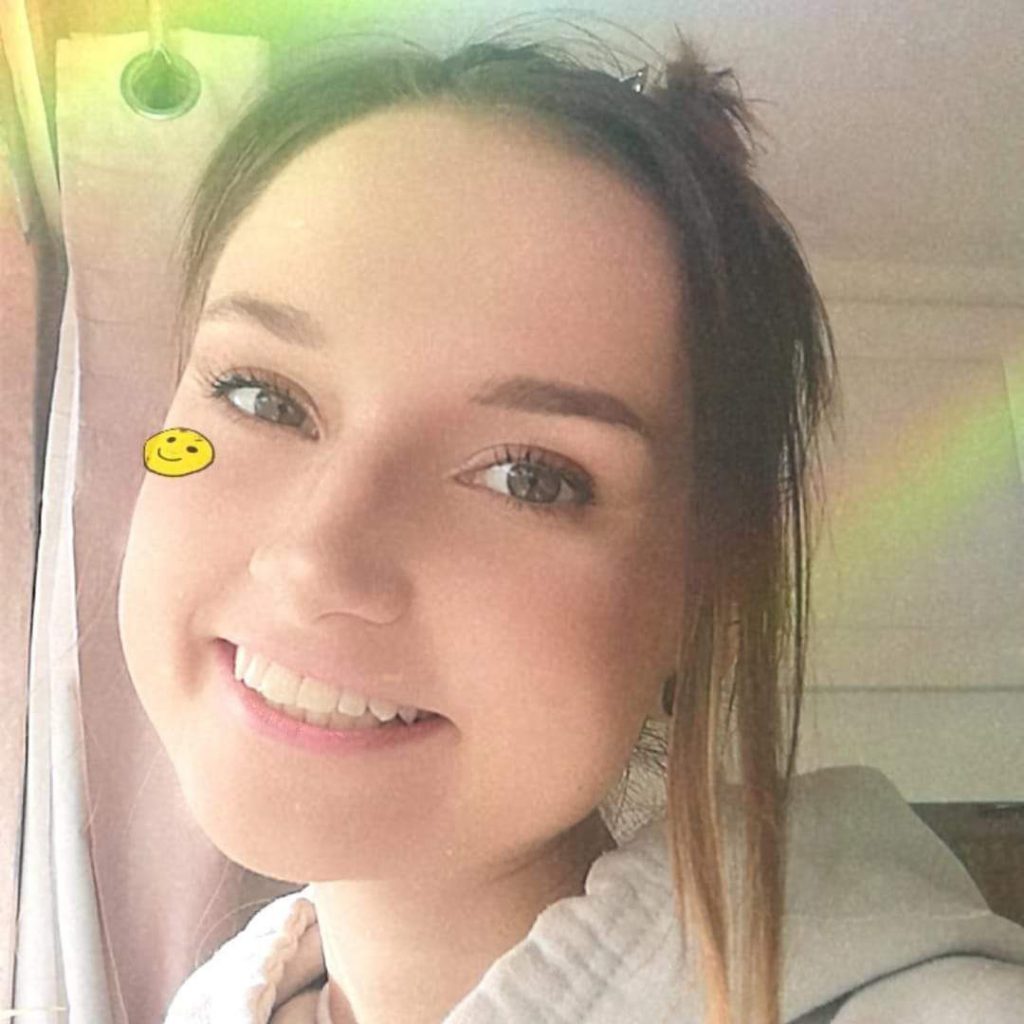 Amber has heard the phrase “triggering my OCD” misused so many times and often, she says, everyone laughs along with the joke. While she understands often no harm is intended, mocking mental health is just not funny at all and it leaves her feeling uncomfortable and disheartened. Even though Amber would like to educate her peers on this matter, she’s fearful of doing so and being accused of overreacting.

The 20-year-old would like to see some of the burden on people with obsessive-compulsive disorder alleviated by a well-funded mental health education curriculum geared towards normalising all mental health conditions through understanding. Then, she says, she wouldn’t have to listen to well-intentioned people encourage her to “not think about” her obsessions or “think of something else.”

It’s easier said than done. “OCD held me back so much I felt like I couldn’t accomplish anything,” Amber said. But through these difficult times, Amber’s academic achievements gave her the power of “perseverance and belief” as well as new skills and hobbies. “It can also keep my mind occupied and gives me a good goal to set and achieve,” she added.

Often studies can be a source of stress, but Amber said, “The good thing about COE is that there is absolutely no time limit...So if I'm having a panic attack in the corner, I don't have to worry or cry about completing a course that's due.”

Amber has now received, and is studying for, distinctions in several courses including Songwriting, Astrology, Dragons and Dragon Energy, Numerology, Mediumship, and Connecting with Your Spirit Guides. On her journey of self-discovery through learning, Amber found her spirit guides, whom she often asks for healing. She recommends it, adding, “It's a beautiful feeling”.

But the skill she’s most passionate about is Tarot which, for her, opened up a lot of doors on her spiritual journey, offering advice and guidance as well as reaffirming her belief that there is so much in this world to uncover.

Throughout lockdown, Amber created her own spiritual psychic, mediumship, and healing business, Amber's Utopia, furthering her knowledge with accredited professional qualifications and training under an experienced healer and medium. 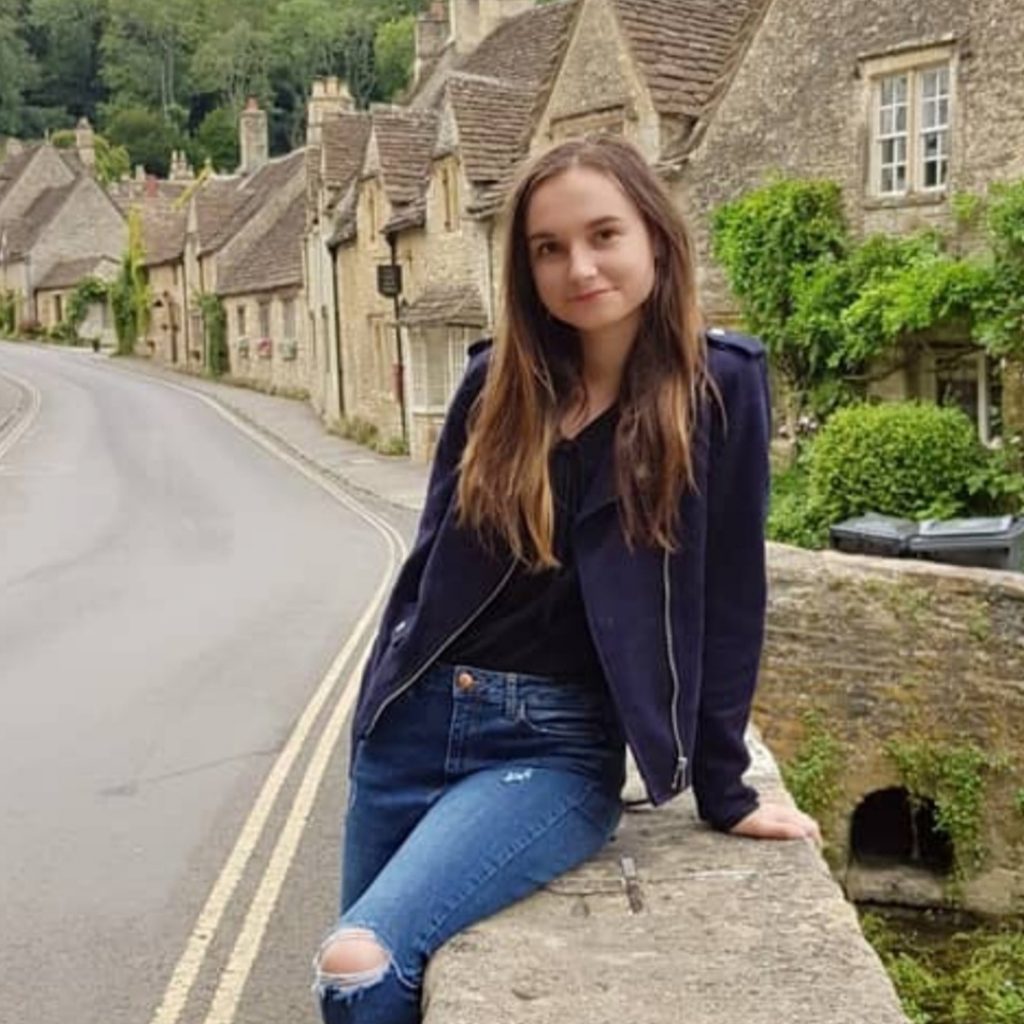 But, by Amber’s own brave admission, it’s not all been plain sailing. She says it’s been important for her to have a patient and close support system of people who know not to force her obsessions or compulsions away and encourage goal-setting without adding unnecessary pressure or expectations. She said, “As much as I want to get better, it's no easy task. For me, it's as if I go two steps forward and one step back.”

She adds, “Looking after someone with OCD can be hard, so please make sure you take care of your own mental, physical, emotional and spiritual health too!”

For all her courage and strength, Amber says, “There were so many points in my journey I felt alone and misunderstood.” She knows better than most that you can only get so far on your own. But with time, consistency, and proper mental health education for all, hopefully, we can work together to support and empower those like Amber, bravely fighting this 24/7 battle with the mind.

At the time of publishing, entering the code LEARNING in the checkout will reduce the price of our
Obsessive Compulsive Disorder (OCD) Awareness Diploma Course to £29. 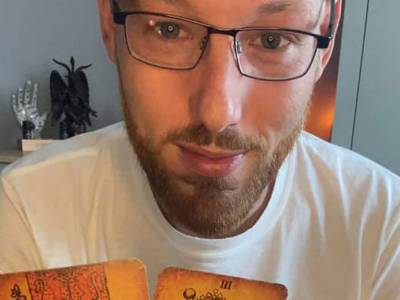 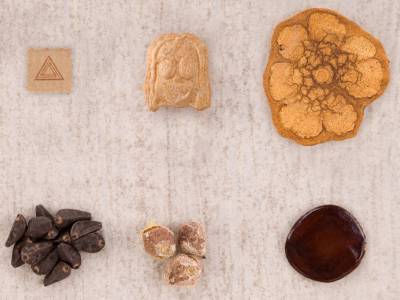 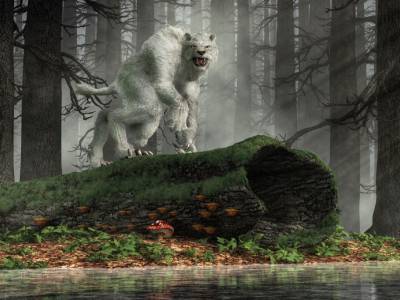 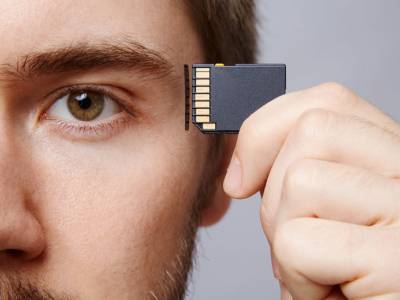