Was Lilith the First Feminist in Folklore?

Gloria Steinem. Beyonce Knowles-Carter. Laverne Cox. Ruth Bader Ginsberg. Simone Biles. Emmeline Pankhurst. Malala Yousafzai. In today’s world, women have more feminist icons to look to for inspiration than ever before. But many inspirational and glass ceiling-busting women throughout history have moved through the passages of time with their stories left largely unwritten by the mainstream. One such feminist icon is Lilith.

The story of Lilith was first told centuries ago and is lost to many now. Belonging to Jewish mythology, like many female figures, the perception of Lilith is complex and polarising. Her story is one of deep hardship, and even consequential evil, rooted in her refusal to submit to a man. 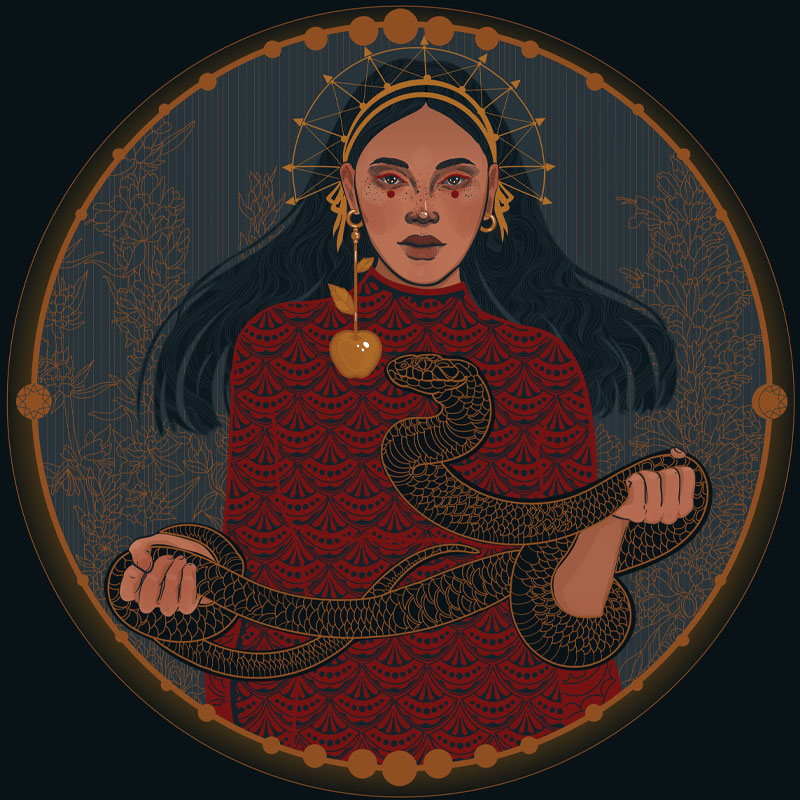 Babylonian texts first described our heroine as a winged demon in accounts that spread to different cultures in ancient Anatolia, Syria, Greece, Egypt and Israel. Some call Lilith Adam’s first wife — but rather, according to Jewish folklore legends, she was the first woman ever created. In fact, the two creationary figures came into being at exactly the same time and, unlike Eve, who was made from Adam’s body, Lilith was fashioned from soil, just like Adam.

Perhaps because of this, Lilith was bold and independent and refused to accept Adam as her superior. Instead, she wanted to be treated as his equal. It is said that Adam, when confronted by Lilith about these inequalities, forced himself upon her and she fled the Garden of Eden, taking the form of an owl. 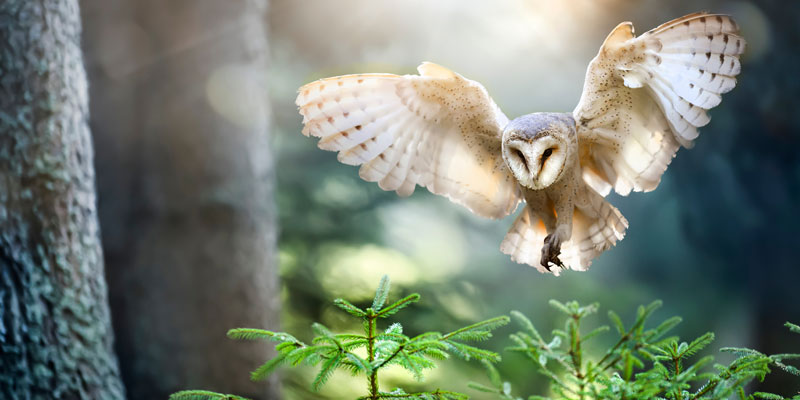 She exiled herself to the Red Sea where she found her freedom; copulating with demons and giving birth to thousands of children. Upon her refusal to return to stand at Adam’s side, God punished Lilith by killing one hundred of her children every day.

The tragedy of Lilith is compounded when you consider that she was seen as a figure of fear among some cultures until the late 20th century. Many depictions portrayed her as a threat to women — a baby thief, the cause of infant death, and a seductress of men.

However, the feminist movement saw interested parties in society take a second look at Lilith’s story. They claim she was unfairly demonised by Jewish mythology for her refusal to submit to Adam. With the fight for freedom from gender roles in the 1960s, Lilith became a feminist icon representing rebellion and liberation. 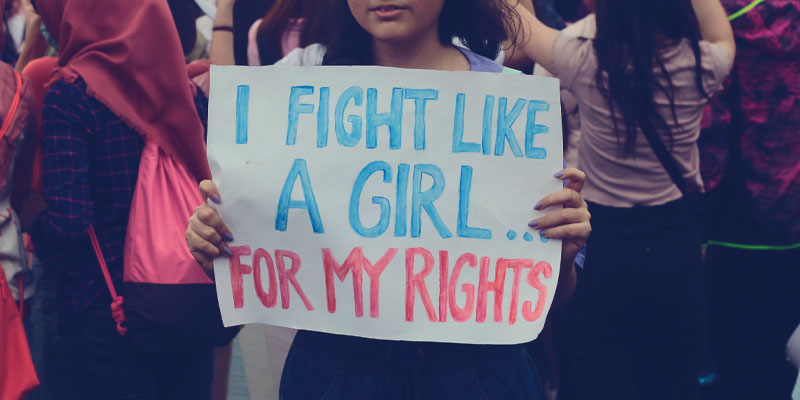 She is now considered not an evil being, but a woman of ferocious power who was scorned for seeking equality and escape from the patriarchal structure by which she was shackled.

Subsequently, devotees know Lilith as one of the goddesses of transformation – embodying sensuality, unbridled independence, untamed passion, darkness and freedom. Thanks to her inspirational strength and wisdom — the first woman to know she was equal to a man — many chose to work with Lilith on their own journeys.

How To Work With Lilith

Many look to Lilith for strength, confidence, sensuality, and healing, especially after escaping toxic circumstances. By her very nature, this is not an easy goddess to work with but the benefits are immensely meaningful. Lilith has the power to teach you how to live authentically, find your voice, break through your inhibitions, release your grief, tame your inner demons, and connect with your power. While it won’t be an easy task — she will require you to look into your shadows and put you in places of discomfort to create healing — Lilith does have many correspondences. (For those unfamiliar with correspondences in this context, they form a system used by many practitioners to relate interconnected things and energies in the universe — including natural objects, planets, elements, signs of the zodiac and numbers.) From her story, it’s clear to see why Lilith’s animal correspondences are the owl, snake, and cat.

Likewise, a food associated with Lilith is the apple. Other associations include rich and sumptuous tastes, textures and aromas, found in the likes of pomegranate, red wine and chocolate.

Her colours are black and red, for her darkness and sensuality. It is no surprise then that her natural presence is felt in mugwort, patchouli, rose and nightshade and her crystal correspondences are onyx, obsidian, black moonstone, and jet. 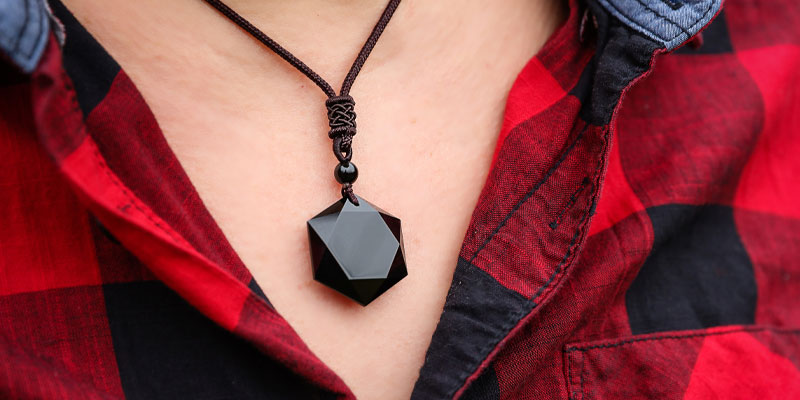 It is likely that this dark goddess will reach you when you are ready for the difficult task ahead. When the time comes, you could start by dedicating an altar to Lilith using black and red candles, mirrors and images of her correspondences. Try offering red wine or naturally red-pigmented herbal teas, such as rooibos.

Make sure you develop a relationship with Lilith before invoking her into your space. To do this, you could dedicate some of your creative energies to the goddess through poetry, dance, art or flower arrangements. Try practising simple meditations. The optimum time for communication is during the dark moon phase, late at night. 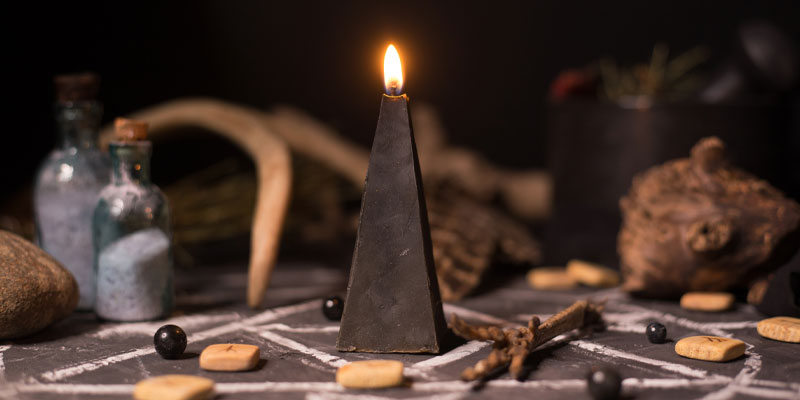 While your newfound knowledge of Lilith and her story will no doubt give you an even greater insight into the damaging effects of demonising women, the hope is you may also be able to channel some of her power in your own life.

After all, Lilith’s dark divine feminine energy is present in all of us; a true feminist icon for all ages.

At the time of publishing, entering the code LEARNING in the checkout will reduce the price of our
Dark Goddesses Diploma Course to £29.