Finding the Milky Way and Other Observable Galaxies

You’ve probably heard of the galaxy far, far away called the Milky Way — but did you know that there are billions of galaxies in our universe? It’s a hard number to comprehend, especially when you consider that some of these massive galaxies are also made up of hundreds of billions of stars and interstellar matter.

Formed at the very beginnings of the universe, each galaxy is unique. Some are sites of vigorous activity while others have long since ceased to form new stars. They take different forms and shapes. Some are spiralled with giant tentacles spinning off into deep space. Others are elliptical, almost UFO-like. Some are irregular in their appearance, forming science fiction-inspiring shapes.

Otherworldly though they might be, we can see some galaxies with just the human eye. 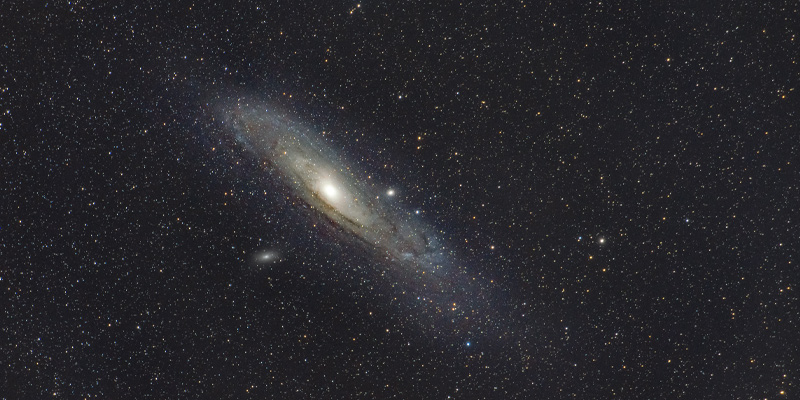 Galaxies are clumped together in small groups. One such group visible from Earth, aptly named the Local Group, was first recognised by Edwin Hubble. Of the 30 or more galaxies here, spanning nearly 10 million light-years, the largest three can be seen with the naked eye. They are Triangulum, Andromeda (pictured above) and, of course, the Milky Way.

The Milky Way has been visible in the heavens since the Earth first formed. Perhaps the beauty of this almost-incomprehensibly old structure and how it evidences our place in time is what keeps astronomers — both amateur and veteran — coming back to observe it night after night.

Galileo Galilei, the father of the telescope, first wrote down his observations of the Milky Way in 1610, in his law-defying book The Starry Messenger. Since then, galactic astronomers have been using ever-modern techniques to learn more about the history of the stars and, in turn, the history of our home galaxy. 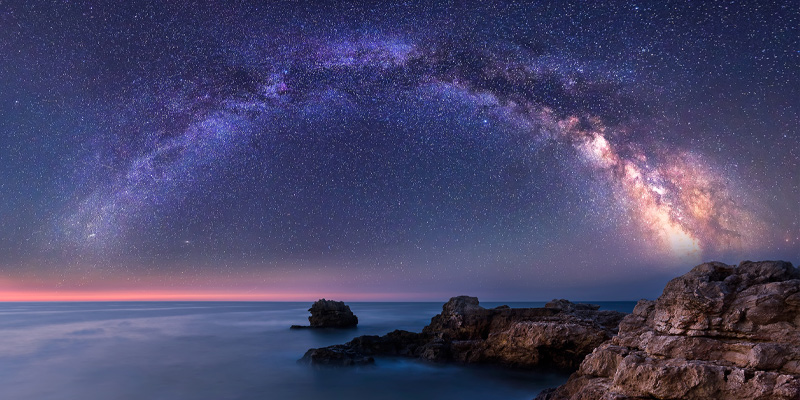 But rest assured, you don’t need fancy equipment or a PhD to see what’s scattered across the night sky. In fact, many notable observations have been made by so-called amateur astronomers. You simply need to look up — and practise some curiosity, patience and understanding, too!

How to See the Milky Way and Other Observable Objects

Start by familiarising yourself with what might be visible in the night sky locally to you and focus on these constellations and objects as you practise. There are online tools for this such as Your Sky and Stellarium. You can also use a star map or planisphere to help you locate or identify what you’re looking at, as well as an almanac to help you pick the right season and weather conditions.

By using just the horizon and your hands, you can locate objects with a simple trick.

If you hold your fist out straight and at arm's length, the depth of your fist equates to about 10°. In other words, whatever appears above your fist in this position is above 10° above the horizon. If you stack your fists on top of each other nine times, your arms should point straight up at a 90° angle. Similarly, the width of one of your fingers equals about 2°. 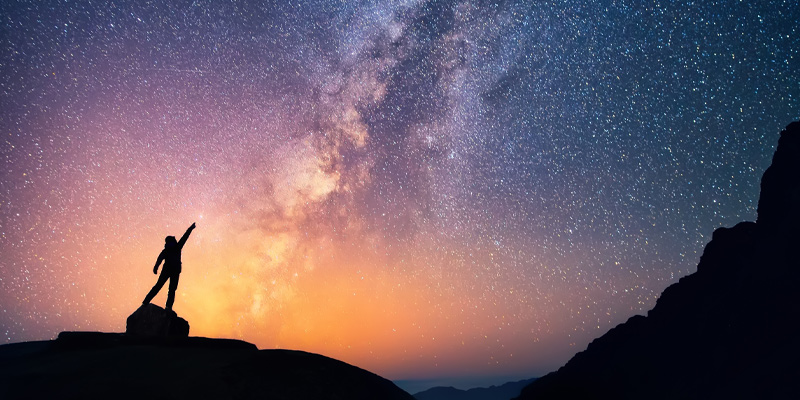 So, if you know an object lies a certain number of degrees above the horizon, you can therefore measure, with some degree of accuracy, where it should be in the night sky using the tools that are literally at your fingertips!

Of course, you can also invest in binoculars or a telescope to advance your observations, and keep an astronomy journal to track your progress. With these references and tools, you’ll be able to plan missions to seek out other observable objects — like the Milky Way — with confidence.

Where to See the Milky Way

The Milky Way is only really visible as you might see in photographs from a Dark Sky site. It also moves through the night sky so its position will alter depending on the time of year, but there are a few spots favoured by astronomers. 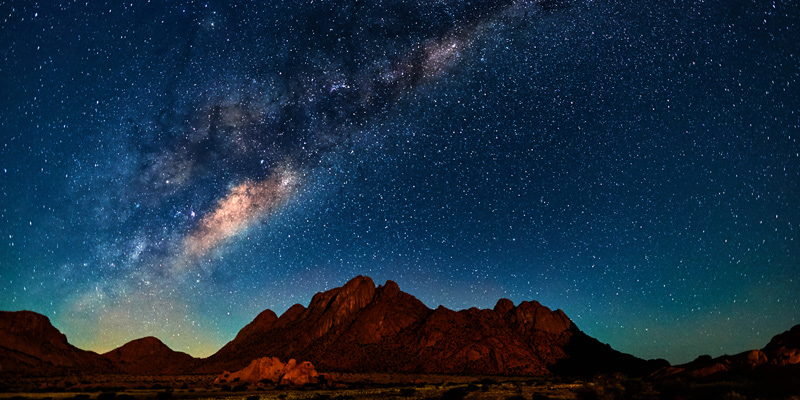 Here are 10 places across the globe from which you might see the Milky Way:

When to See the Milky Way

The best time of year to see the Milky Way is late summer, when it appears in the sky as a white glow stretching out in an arc from the southern to the north-eastern horizon. The Milky Way can be observed between mid-March to mid-October but between April and September, the Sun obscures the bright galactic centre. Generally, the best months are considered to be June and August, as the Milky Way is not as close to the Sun. 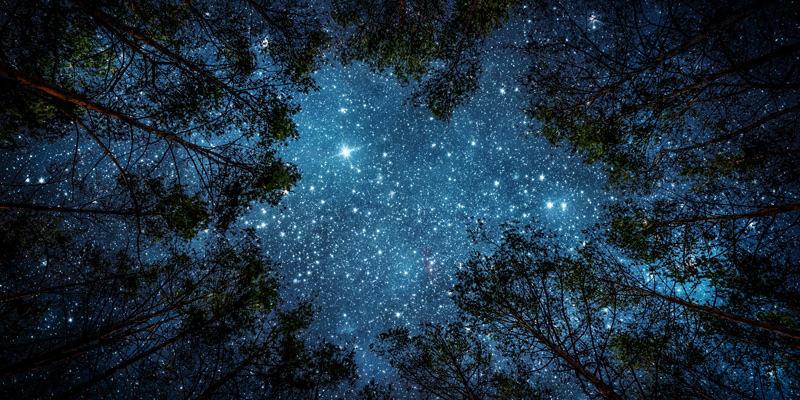 Get out at least two hours before sunrise or plan to arrive at your spot at least two hours after sunset. You should also let your eyes adapt to the darkness before you raise your gaze to the heavens and begin your search. Switch off your phones and torches and give it time. Astronomy takes a lot of patience and practise.

It’s worth noting that the night sky is subject to all manner of interruptions, such as light pollution, cloud cover, moon glow and the Sun’s brightness and there are never any guarantees.

A good trick to avoid frustration in the moment is to observe and appreciate what you can see rather than searching endlessly for what you can’t. If you look up and look closely enough, you’ll usually be able to catch a glimpse of something to ignite your curiosity.

At the time of publishing, entering the code LEARNING in the checkout will reduce the price of our
Astronomy Healing Diploma Course to £29.