Cosmology is the study of our universe as a whole.

While it is a branch of astronomy, cosmology seeks to answer questions about what lies far beyond the stars you see in the sky at night. In fact, its reach stretches further than the unobservable universe and back in time to when the universe itself began.

And given our universe started smaller than you can imagine – less than a million billion billionth of the size of a single atom, to be exact – and appeared at once to form all matter when it was just 10−43 seconds old in the Big Bang, you could say cosmology encapsulates literally everything. Indeed, the word cosmology is a translation from the Greek 'kosmos logia' and means study of the world – or cosmos.

Perhaps this vast scale of study is why cosmology has been the pursuit of some of history’s greatest thinkers.

Cosmology – Who is Studying it and Why

From Isaac Newton to Albert Einstein and Stephen Hawking, many have spent long hours in cosmic contemplation, utilising their grasp of mathematics, physics and philosophy to apply science to their conceptual theories. 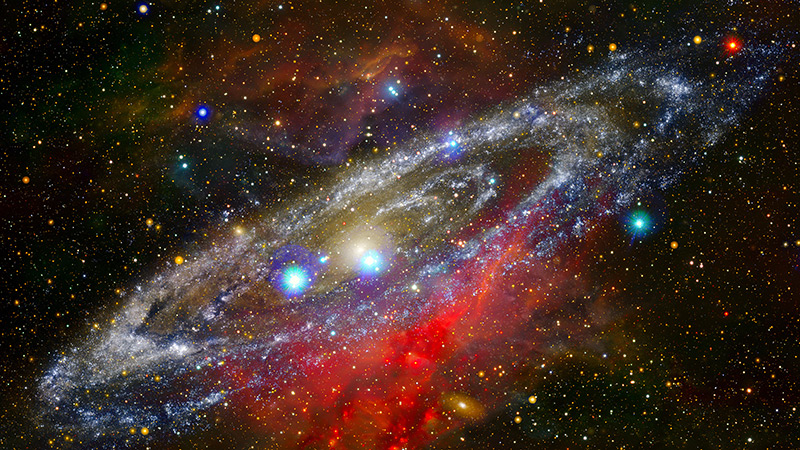 Indeed, while it is considered a new science, it is one of the oldest speculations in history, dating back to 16th century BC Mesopotamia, where they believed in a flat, circular Earth enclosed in a cosmic ocean – a belief shared by the Babylonians. Meanwhile, Buddist and Hindu scriptures and hymns were proposing their own theories on cosmology and ruminating on the implications for all human life. Many centuries later, Aristotle (384 BC – 322 BC) introduced an Earth-centred cosmology, which was accepted for many years.

While they’re not always right, we’re better off having great minds pondering cosmology; after all, their challenge to understand our universe is, in part, to reveal its fate – thus, the fate of the world as we know it.

This mind-blowing question has not lost its shine with time and many of us are still fascinated by the fate of the universe. For example, Cosmos: A Personal Voyage, presented by Carl Sagan, the noted cosmologist who assembled the first physical messages sent into space, is the most widely watched series in the history of American public television, having been viewed by at least 500 million people across 60 different countries.

Yet, to this day, there is so much we don’t know about our cosmos and its origins. 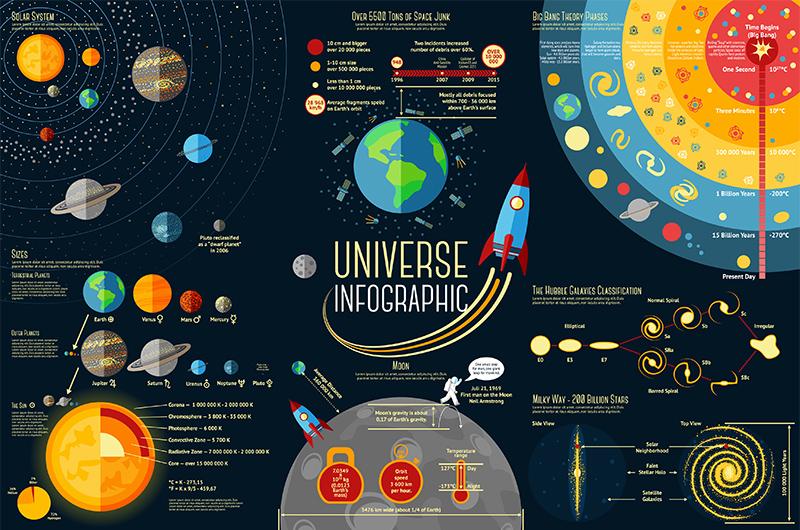 Even the most famous of cosmological events, the Big Bang, is still shrouded in mystery.

The Big Bang is where it all began, some 13.8 billion years ago. But, unlike its name suggests, the universe did not begin as a result of an explosion into empty space. Rather, the Big Bang describes the expansion of space itself from an infinitesimally, incomprehensibly small point. In other words, space and time appeared throughout the universe all at once and this expansion continues to the present day.

Despite being one of the most popularised scientific theories – with its own TV sitcom to boot – it remains just that; a theory, albeit a widely-accepted one. It goes like this: The point from which the Big Bang began was an immensely dense, energetic state in which the four fundamental forces – the strong and weak nuclear forces, gravity, and electromagnetism – were forged into a single force. However, we don’t know how this one unified force would work. To understand this, we'd need to know how gravity works on the subatomic scale, which we currently do not.

Then, onto the exceptionally rapid expansion – otherwise called inflation. While inflation has been used to explain why the universe has an even distribution of both temperature and matter, it's still unclear what exactly powered it in the first place. Meanwhile, scientists believe inflation is accelerating in pace, driven by something called dark energy. Sound perplexing? You guessed it – we’re still not entirely sure what dark energy is, but it is estimated to make up 68% of all matter and energy in the universe. Another 27% is accounted for by dark matter. 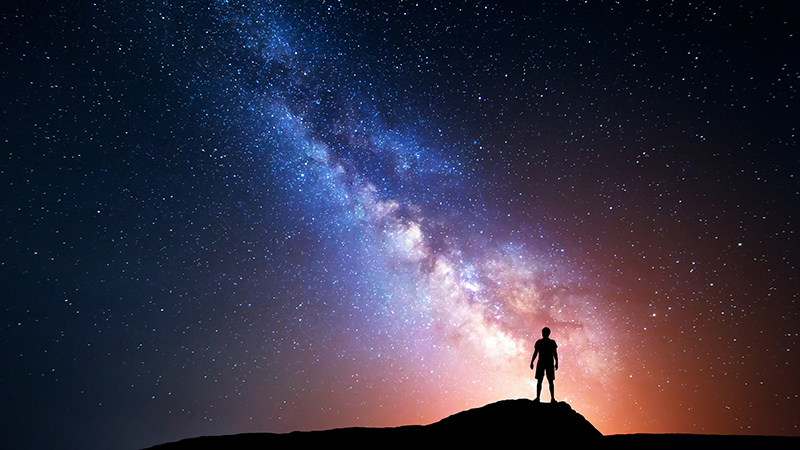 Now for everything we can see – the matter which makes up our galaxies, the planets in our solar system, and us. Cosmologists muse the early universe contained equal amounts of matter and antimatter. But the matter survived the radiation and heat whereas almost all antimatter was annihilated. Cosmologists are still unsure why the laws of nature – unique laws often broken in the early universe – treat matter and antimatter differently.

Moreover, when you consider all the matter – from the Milky Way to your dear mother – makes up less than 5% of the universe, you can just about begin to understand the scale of what cosmologists don’t know about this vast space.

And because we can only perceive the matter in the universe in which we exist and are able to see nothing beyond 46 billion light-years away at the edge of the observable universe – which is at least 250 times as large as the currently visible part – no one is able to prove or disprove the existence of any other universes beyond our own.

At the time of publishing, entering the code LEARNING in the checkout will reduce the price of our
Cosmology Diploma Course to £29.