Buddhism is a religion and a spiritual practice originating from the teachings of Siddhartha Gautama, also known as The Buddha, who went on a spiritual quest and became enlightened, around the sixth century BC, in India.

Buddhist practices include silent meditation, development of moral values, and serving and being of benefit to others.

How Buddhism Differs from Other Religions

Buddhism is not a system of faith or worship, nor does it involve pledging allegiance to any gods. As such, it varies greatly from Christianity, Judaism, Islam and Hinduism. And yet, it is one of the world’s major religions, with more than 377 million followers.

Buddhism teaches its followers how to attain ultimate reality, or enlightenment, which is also known as nirvana, satori or ‘our Buddha Nature’ depending on the school of Buddhism.

A key teaching is that each individual human being has the innate potential to become a Buddha – an awakened one. The multitude of schools and sects of Buddhism all offer a clear path to this ultimate reality.

Buddhism can be, and is, practised as a religion by many who follow the traditional monastic systems but some of the concepts have been picked up in mainstream culture, with an ever-growing number of ‘secular Buddhists’ practising mindfulness and meditation, whilst disregarding other areas of the practice. Buddhism can be considered a living, breathing religion that promotes leading a conscious life for the benefit of all beings.

Who Was the Buddha?

The historical figure Siddhartha Gautama is not considered by his followers to be a deity but rather a great teacher, whose practical teachings and methods of waking up to the true nature of reality have been studied and practised for centuries.

He was born into a royal family in present-day Nepal, over 2500 years ago. Prince Siddhartha lived a life of luxury until he left the royal enclosure. As the story goes, Buddha’s first encounters with an elderly man, a sick person, and a dead body led him to learn about old age and death.

At the start of his spiritual quest, Prince Siddhartha left his sheltered life seeking answers to life’s big questions. Are we born just to suffer, grow old, and die? What’s the point?

After years of experimenting with a wide array of ascetic Hindu religious practices, he abandoned all beliefs and doctrines and decided to pursue the Middle Way. Finally, he understood the mind’s inner workings in a state of clear awareness under the Bodhi Tree. From then on, during the four decades until his death, the Buddha spent his time teaching. Modern Buddhist practitioners of all lineages continue to follow in the footsteps of ‘The Awakened One’ to this day.

A Brief History of Buddhism

Buddhism began with the enlightenment of Siddhartha Gautama, thereafter known as ‘The Buddha’ or ‘The Awakened One’. After the Buddha’s death, his teachings spread throughout central India. They are called the Dharma, a Sanskrit term that means ‘reality as-it-is’.

By the fourth century BCE, eighteen different schools were in existence. Still, all were considered members of the Buddhist spiritual family. Monks from different schools often lived or travelled together. Over the years and centuries, Buddhism has continued to develop many divergent, yet overlapping, paths.

Currently, the five major schools of Buddhism are:

In all lineages, Buddhist practitioners are provided with a framework of daily life practices and meditation techniques that are intended to culminate in enlightenment.

The Buddha’s Four Noble Truths can be understood in simple terms:

Suffering is caused by the ‘three roots of evil’, also known as the ‘three poisons’. These are:

Buddhists practice meditation, which calms and quiets the mind, enabling them to better see their mind’s patterns of craving and aversion.

Here are the eight, non-consecutive steps of the eightfold path, which overlap and intertwine:

Buddhists who approach or attain the experience of ‘ultimate reality’ become transformed by their experience – their ethics and behaviours change organically as they become more conscious, present, kind and compassionate.

Buddhist practitioners are prompted to doubt, question and investigate the teachings for themselves. In the Kalama Sutta, the Buddha states:

At the time of publishing, entering the code AWAKENEDONE at checkout will reduce the price of our
Buddhism Diploma Course by 50%.

How Should Your Life Be? Do you have an internal... Read More 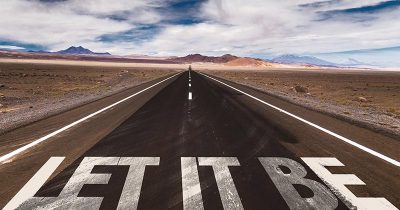 MBCT Diary: 8 – Allowing and Letting Be 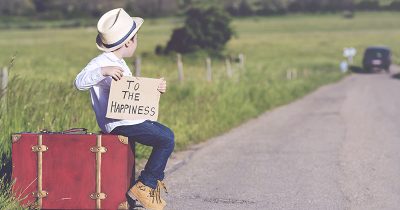