Liam Bailey got his first tarot deck at just 13. From a young age, the phlebotomist from Essex tells Centre of Excellence, that he has had a keen interest in spiritual practice and the concept of working with magic. Combined with deep empathy, it seems Liam was destined for the spiritual community that would not only guide him through his own obstacles but enable him to show others the light in difficult times through his burgeoning tarot career.

Liam told Centre of Excellence, “I was initially drawn to working with tarot as I felt that I was very good at sensing other people's emotions and was able to connect with people empathically.” He recalls times when, even as a youngster, a person would tell him to his face that they were okay but he would be able to sense that they were masking their emotions and not being truthful about how they felt. He never imagined this would manifest in a tarot career or a side hustle, but the stars aligned.

Liam added, “I have this need to try and help people if I can and by using tarot I have been able to help people reflect upon themselves and their own energies. I am also someone that likes to support and encourage people to reach their full potential, which I feel tarot can help you to do.” 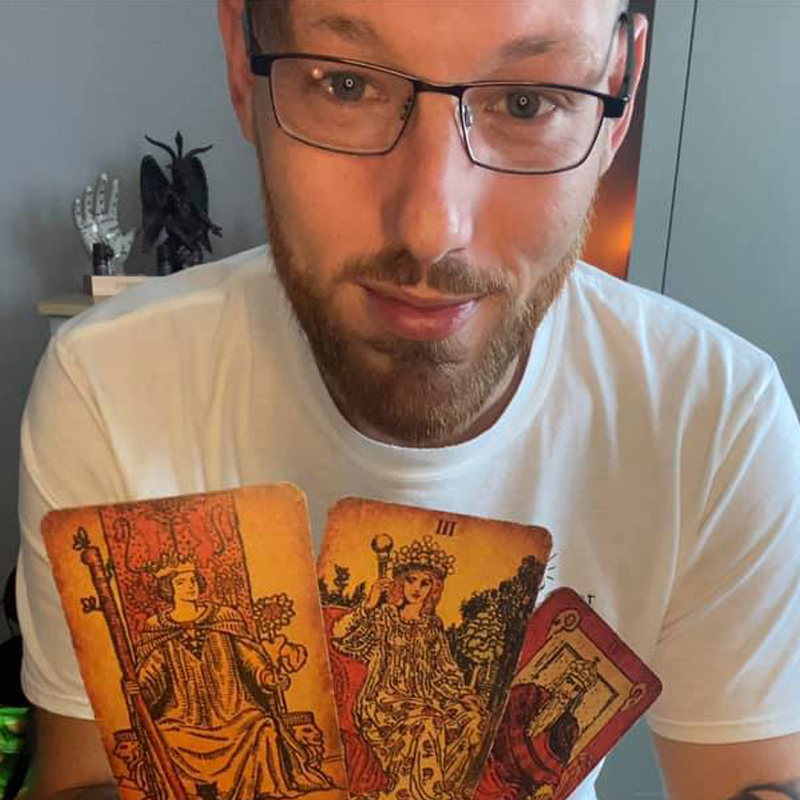 Indeed, this is a belief confirmed by Liam’s own personal experience with tarot. “Many times have I turned to the cards myself where I have needed comfort and direction,” he said, adding that he’s made tarot a part of his daily rituals, since completing the Tarot and Advanced Tarot Diploma Courses with Centre of Excellence, and becoming an experienced reader.

On more than one occasion tarot has given Liam much-needed “guidance and clarity” when seeking his path in life. Liam tells Centre of Excellence of a recent job interview. He was feeling nervous a few days prior and so pulled a few cards asking for some words of advice on how to be successful. He pulled again on the day of the interview. Liam asked the cards if he’d be successful should he go with his spirit, show his emotional side, and trust in his own abilities. Liam pulled a very encouraging and positive spread and headed off to his interview with a sense of reassurance. He got the job.

In Liam’s own words, when his beloved dog, Luna, “passed over the rainbow bridge” he found himself in an awful state of grief where he was unable to lift his spirits or shake his negative mood. 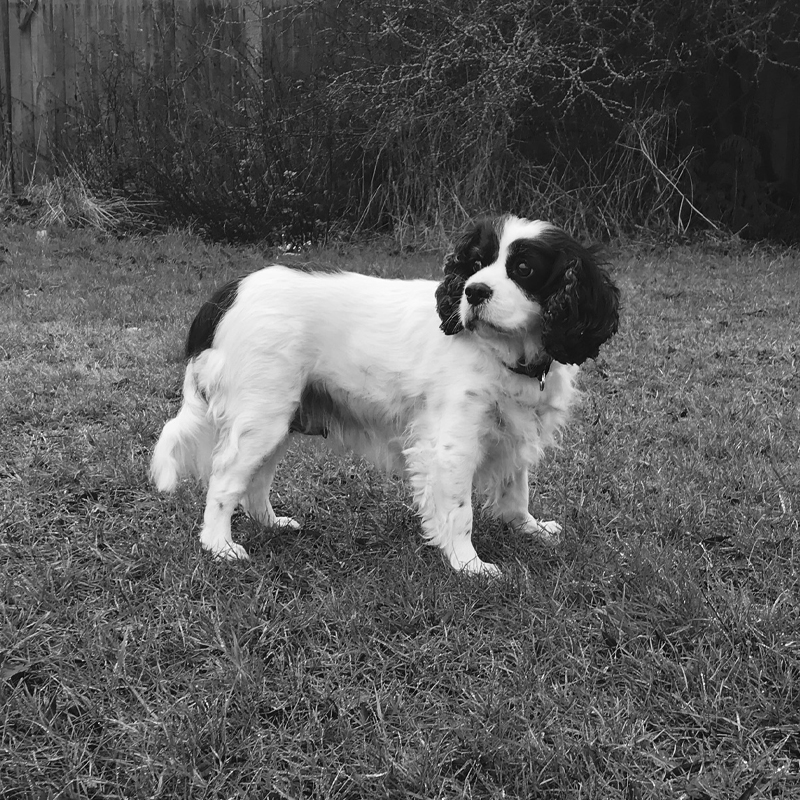 He recalled, “I became very introverted and I found the tarot spoke to me in such a strong manner that it was hard to ignore. I was suddenly looking at the imagery and the card was speaking to me and flowing. It gave me the spiritual lift that I needed by speaking to me bluntly and offering the guidance that I needed to help me find my path again.” From this reading, Liam formed his tarot career and his business, Luna's Tarot and Guidance, in memory of his lovely dog, Luna.

Liam began his tarot career having overcome this difficult time. Furthermore, Liam admits it hasn’t always been easy to run his own tarot business. He explained, “I found that one of the hardest things to overcome was my own lack of confidence in myself and my ability to be able to offer help to other people through the power of tarot.

While tarot has been in his life intermittently, always coming back to the “imagery and mystery behind each card”, Liam found a deeper understanding and newfound confidence in online learning. A runner up in the 2021 CoE Awards in the Inspiration category, Liam has studied various courses with CoE from holistic practices, such as reflexology and aromatherapy, to spiritual practices such as tarot, Wicca, oracle cards, and meditation. 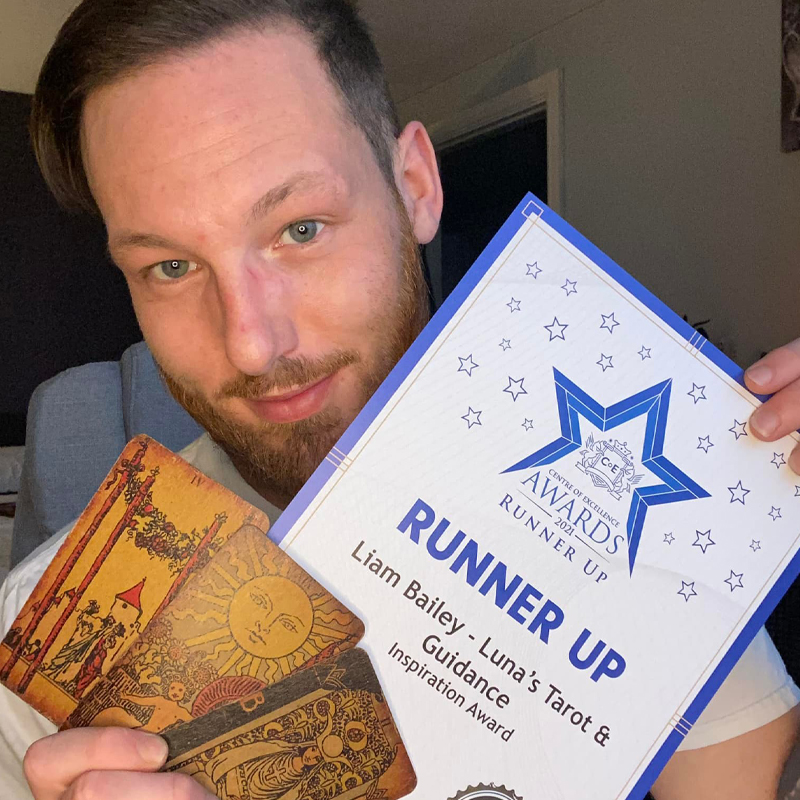 Of the courses, Liam said, “For me, the best part about learning with CoE is that there is such a variety of courses offering good underpinning knowledge in subjects that are interesting and diverse. To me, learning should be a fun and enjoyable experience and studying subjects that are of personal interest to me has made me fall in love with studying all over again.”

As you may have guessed, the tarot diplomas have proven to be Liam’s favourite to study. He said, “They have given me the knowledge and confidence to go from someone that used to pick up a tarot deck and pick a card and look up the meaning in a book, to being a confident reader who has delivered reading to clients from all over the world and also read for other experienced tarot card readers.”

Liam is a firm believer in helping his clients find the answers they already have within themselves, and helping them to find their own direction. He explained, “I personally feel that most of the time we already know the answers to most of our questions and the tarot is a tool to help us work out the answers." 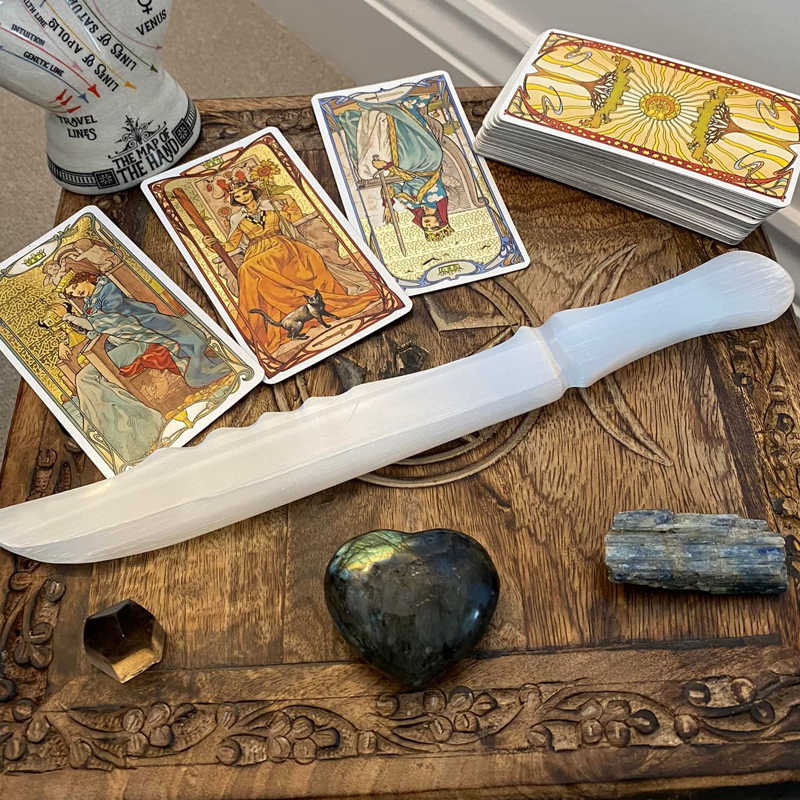 As a safeguarding measure, Liam ensures his clients are aware of their freedom of spirit and living energies and that, when they ask the tarot for answers, they “have the choice from their higher self and opportunity to make a change in their life, my clients are empowered to help them become the masters of their own future."

Giving a word of advice to others who want to go down the path of giving tarot readings or developing a tarot career, Liam shared something he’s learned along his path so far. “When you are offering daily readings, we can encounter some sensitive and emotional information and sometimes this can become quite draining on your energy. It's very important to learn your own limits so you don't burn out.”

Sharing another lesson with entrepreneurs, which he learned the hard way after having his content stolen from his social media channels, he adds, “There are loads of people that are able to read tarot but the magic comes from you as the reader, so the belief in yourself is the main thing you need to have.” 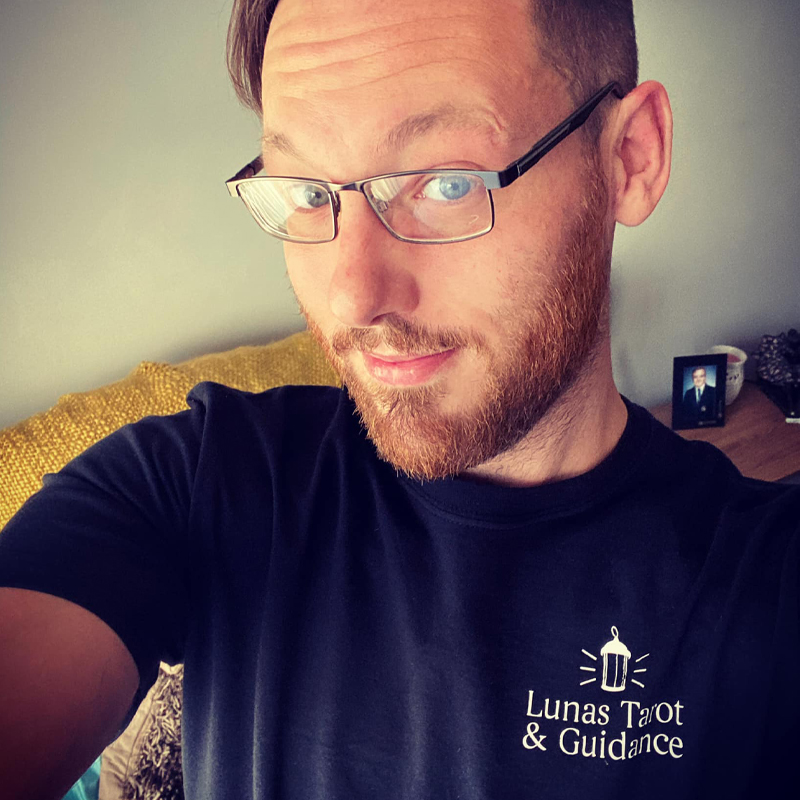 Self-belief is not always the easiest task, however.

Upon starting his tarot career and setting up his business, Liam found it difficult on occasion to tell people outside of the spiritual community that he reads tarot cards. “I almost felt embarrassed, feeling they probably thought I was crazy or that tarot was fake.” Since he has become “more rooted” in tarot practice, Liam has come to the realisation that this judgement stems from a deep misunderstanding of his spiritual path and tarot as a whole. This experience is mirrored in that of Liam’s sexuality. As a gay man, he has encountered misunderstanding and close-mindedness and a lack of support. “As with most practices,” he says, “there are some gatekeepers that will try to keep you from growing on your path.” On the other hand, Liam asserts, “The tarot and spiritual community are very supportive of most sexual orientations and I see many gay witch support groups on different social media. It’s an inspiring environment."

Likewise, Liam’s family has always been very supportive. Since his teens, Liam has been encouraged by those close to him to explore his practice, often buying books and magazines that would cover many subjects from tarot card reading, essential oils, and crystal healing, among other modalities. 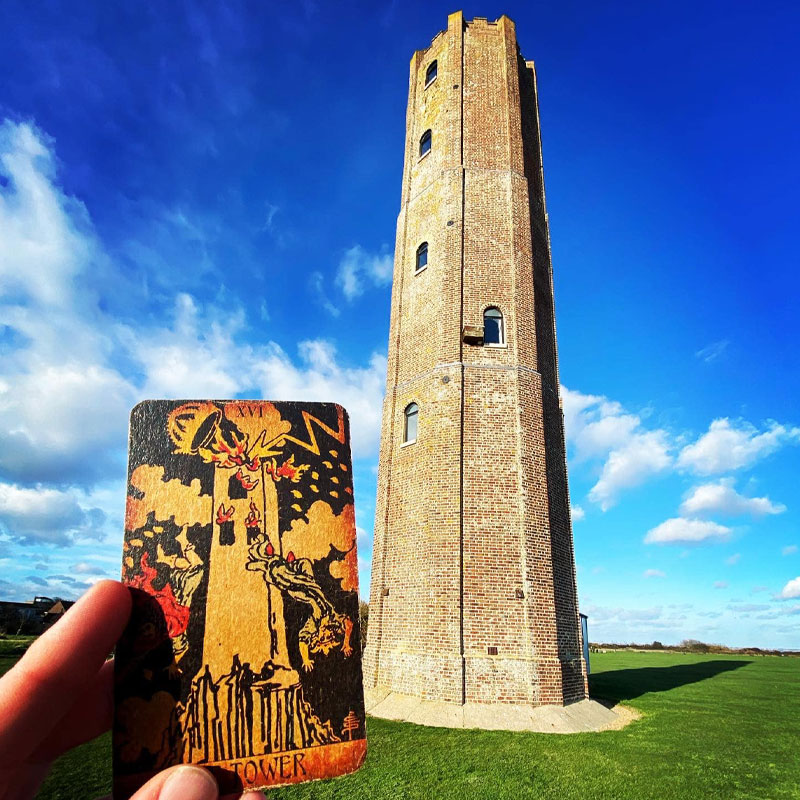 Indeed, according to Liam, one of the best things about running a tarot business is the inspiring community of people he has met and been able to help along the journey. He said, “I have come into contact with some amazing and inspiring people within the spiritual community and have had the amazing opportunity to be able to network with them.”

In case you were wondering if a tarot career is for you, Liam concludes with these words about the community. He said, “The spiritual community and tarot community can be very supportive and inspiring to push you to reach your best potential and goals.”

It’s clear from Liam’s success, confidence and unwavering urge to help others on their path that his tarot career is helping this businessman channel some more much-needed acceptance, love and light into this world.

At the time of publishing, entering the code LEARNING in the checkout will reduce the price of our
Advanced Tarot Diploma Course to £29.

Christine Duffield
Well done, Liam. Your learning journey is an inspiration to others, that you can follow your own path and the universe shines. I, also, share your interests and have combined the Akashic Records Diploma with the Advanced Tarot Diploma and offer readings via email, on Akashic Tarot that are incredibly accurate. CofE inspired me to call my business Chi-Yu (Japanese for healing) You can see more about me and my business on https://chi-yu.uk Centre of Excellence is a wonderful platform for helping people in immeasurable ways.
Reply