Paleo nutrition is the most exciting diet concept in years, but its roots go back much further. Why should we all be thinking about Paleo foods?

Have you heard about the Paleo way of eating? The Paleolithic Diet, or “eating like our ancestors”, has transformed how we are eating. In fact, unlike many nutrition styles, it’s become popular with people as diverse as competitive bodybuilders and middle-aged dieters. So what is it about Paleo that has captured the imagination and got real results?

Paleo is a loose term, which has come to mean eating like our ancient forefathers (that’s why you might also hear the terms Caveman nutrition or ancestral eating). It’s beautiful in its simplicity, prioritising real, one-ingredient foods and shunning anything man-made or processed. In fact, if a food is not recognisable as its natural form, it’s not considered Paleo.

The idea is that our bodies haven’t changed all that much since those Palaeolithic days. Sure, our environments have changed dramatically, and the way we dress, talk and work is a world away from those ancient times. But on a basic, hormonal, and biological level, our human bodies are still pretty close to those of our caveman ancestors. Our bodies haven’t adapted to deal with the modern foods and ingredients. If you think of total human development as a timeline, the past 100 years or so could be considered a millisecond in the great scheme of things. No wonder our bodies struggle to cope with the onslaught of relatively new foods like candy, baked goods, fried foods, energy bars and anything which comes in a wrapper!

Whilst Paleo nutrition still needs a lot more study, it seems pretty obvious that eating all-natural foods (that have been on this planet for a long time) is the way to go for general health. Eating foods that our teeth, stomach, digestive system and endocrine system understand is surely going to encourage better health and wellness than stuffing our poor bodies full of alien foods it simply doesn’t know what to do with.

On our Paleo course, we delve deep into topics such as Paleo diet and diabetes, heart disease, pregnancy and digestive health issues.

So, what exactly is Paleo?

This question underpins the early chapters of our Paleo course, but we’ll give you a quick 101 here:

Paleo foods are “real foods”, which are what they are: in other words, they are single-ingredient foods which have grown in the ground, ran around above ground, flew in the air or swam in the sea. They have not been processed or tampered with. They are still in their natural state, just as they grew in nature. Paleo foods would have been around before the industrial revolution and before mankind developed ways to alter and mass-produce foods. Which rules out grains including oats, wheat and rice.

Curious about trying a Paleo-style diet for yourself?

Just like with any nutrition plan, you’ll need to make sure you get sufficient protein, healthy fats, and enough carbohydrate. But the great thing about Paleo is that it makes all this easy (probably because it involves eating the way our bodies want us to!) If you adopt a Paleo style of eating, you’ll be prioritising good quality wild meat, game and fish, and eating plenty of vegetables, leafy greens, and bright coloured vegetables and berries. You’ll get plenty of protein from the meat, fish and eggs you eat. Your healthy fats could come from oily fish, egg yolks, avocado or lean red meat. And even though you won’t be eating traditional carbs like bread, pasta, rice or oats, your body will thrive on the carbohydrate from vegetables, a little well-timed fruit, and root veggies. And as an added bonus, you’ll boost your fibre and vitamin consumption!

Have you tried a Paleo-style way of eating? Or is it something your friends, family or clients ask you about?

At the time of publishing, entering the code PALEOB49 at checkout will reduce the price of our
Paleo Nutritionist Diploma Course to £49. 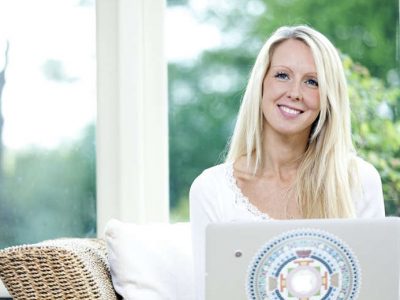