I’m blogging about my experience of a series of Mindfulness Based Cognitive Therapy sessions. You can read the posts in order starting here.

“It’s not the right time for the moon”

In this session, Liam talked about the moon. When we see the moon in the sky at night, we wouldn’t react by saying, ‘Oh no, it’s not the right time for the moon now.‘ Neither would we say ‘Ah the moon, I love the moon, I wish it was here more often.‘ The moon just is. If we say anything, it would just be ‘Oh, there’s the moon.‘

An interesting parallel was made here with our mind and how we react to events. We have a tendency, once we have become aware of an experience, to either chase after it (attraction) or to try and avoid it (avoidance). These can all start the rumination spiral as they involve a judgement about the type of event (pleasant, neutral or unpleasant) and then further thoughts. These can be either something like, ‘I hate this, I need to stop feeling like this, I can’t feel like this now‘ or ‘this feels great, why don’t I feel like this all the time, I wish I did.‘

We end up not being able to separate the initial experience from our judgement and thoughts about them. Staying present aims to take away judgement or expectation about events by neither becoming too attached to them, nor attempting to avoid them, but just experiencing the event as it is in the moment – ‘there’s the moon‘ or ‘here is that sensation of feeling fat I sometimes get‘.

The territory of depression – recognising the enemy

The next part of the session was designed to help people recognise the territory of depression and to see it as a whole. We were given a list of negative automatic thoughts that often appear in depressed people. Some of the examples that I recognised were:

I’m sure you can come up with lots more. Part of the point of looking at this list was to see these thoughts as a part of depression in the same way as more physical symptoms such as fatigue or loss of appetite. It’s too easy to see feelings of worthlessness or other automatic thoughts like this as a personality failing rather than a symptom.

Another point was to help us recognise the enemy. Mindfulness is helping us to become more aware of our minds and what they are doing. When we become aware of these thoughts appearing, instead of believing them and spiralling into further thoughts and rumination, we can just identify them for what they are – ‘there’s that thought about something being wrong with me again’ – and perhaps take a breathing space to reconnect us with what is actually going on in the moment. This way we move away from acting as if they are true.

As we came to the end of the midway point of the course of treatments we were still also regularly practicing the body scan and longer meditations. We were learning to be more aware, to stay in the present rather than trying to avoid or becoming more attached to sensations. We were learning to ask questions of ourselves – ‘How are things right now?’, ‘What is going on in my mind right now?’, ‘What is going on in my body?’ Next session we would be introduced to what was described as a radical new way of relating to unwanted experience.

At the time of publishing, entering the code MINDFUL50 at checkout will reduce the price of any of our Mindfulness Courses by 50%. 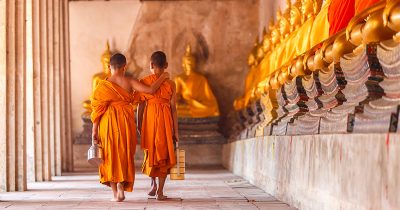 Buddhism is a religion and a spiritual practice... Read More 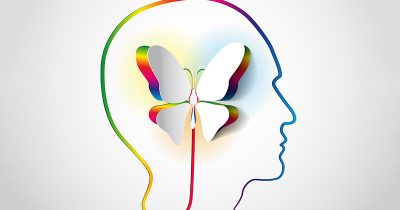 Everybody is familiar with the feeling of being... Read More

4 Ways Dogs Can Help Remind Us to Be Mindful

Many of us would agree that dogs are fantastic... Read More