Doodling and Writing to Help Manage PTSD and Depression

I chatted to two young women who use writing and doodling in ways you might not expect.

‘…the distraction had helped her feel much calmer’

Emma discovered the power of doodling accidentally, when she was avoiding coursework. Feeling stressed and anxious she decided to draw patterns instead. As the repetitive shapes spread across her page she realised that the distraction had helped her feel much calmer. So calm in fact that she could turn back to the work in hand and focus on getting it completed. Since then she has started to doodle whenever she feels low or stressed.

Aged 22, Emma has depression and PTSD (Post-Traumatic Stress Disorder). While she has struggled with symptoms for a long time, it was not until last year that she has been able to access support. Now she takes medication and attends a support group as well as doing self-help activities such as reading, exercising and eating well.

Racing thoughts and bad memories are two symptoms she says doodling particularly helps with. Focusing on the intricacies of her expanding drawing stops her from ‘over-thinking and wandering into bad thoughts’ and calms her mind.

Motivation can be hard to find when feeling depressed. Depression can inhibit our ability to imagine that anything could help or that our feelings could change. If we can’t imagine why or how something would help, we’re less likely to do it. Emma agrees, telling me she feels less motivated when she is really low. But she says she takes it step-by-step, looking at designs other people have drawn, putting her favourite music on and making a cup of tea before sitting down and picking up her pen. Having this simple pre-drawing routine helps her get over the biggest hurdle – getting started.

Emma’s Tips for Getting Started

Ceri Builds Word Walls to Help Her Understand Her Emotions

“I don’t like talking about my feelings to people out loud. But if I’m writing to the paper it’s not going to argue back or tell me I’m stupid or need to grow up. I think it’s something I do to clear my head. When I’m tired it wakes me up. When I’m angry it calms me down and gives me peace. Those feelings get angry when they aren’t recognised so by writing them down they shut up for a bit.”

‘…it’s something I do to clear my head’

Like Emma, Ceri also uses pen and paper help manage her moods. After being diagnosed with depression two years ago, aged 14, she’s struggled to find the right support. She tells me she has been on medication and seen four psychiatrists who didn’t help and one psychologist who did. She left CAMHS* last year, although doesn’t tell me why. She’s recently dipped very low again.

What is a Word Wall?

‘…a jumble of words that described how she was feeling’

Ceri says that her first word wall grew out of the writing she was doing in her diary. As she struggled to write what she needed to say, she decided that she didn’t need sentences. Instead she started covering her paper in a jumble of words that described how she was feeling. As she looked at her page of words, she started to draw lines between them, turning her tangle of emotions into a wall to dismantle brick-by-brick; “I kind of thought that each word was something I had to overcome or accept to move on and get better, like someone put a wall in front of me and I have to break it down to get to the happier side”.

Breaking Down the Wall

For Ceri, what she does with her word wall after she has made it is important too. Sometimes she finds the destruction of her words cathartic, screwing up the paper or ripping it to shreds. If she’s feeling more reflective, she spends time looking at her wall, thinking about the emotions she’s recorded and how she can accept or manage them. She has kept some of her pictures so she can return to them and see if things have changed.

Getting Rid of the Baggage

It’s clear that spending time with her pen and paper in this way really helps Ceri manage difficult moods and crisis points. I asked her to try and describe that feeling:

“I feel relaxed and calm, like something has been lifted from me. Those words carry a lot of baggage so when they are down and out it’s a lot easier to relax. I feel more alive.”

Ceri’s Tips for Getting Started on a Word Wall

At the time of publishing, entering the code INFORM39 at checkout will reduce the price of our
Post-Traumatic Stress Disorder (PTSD) Awareness Diploma Course to £39. 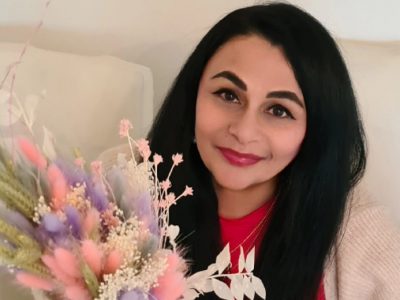 Neelam Jagasia Puri has been drawn to the esoteric arts since she was a child. Armed with the belief that we are all born with ... Read More 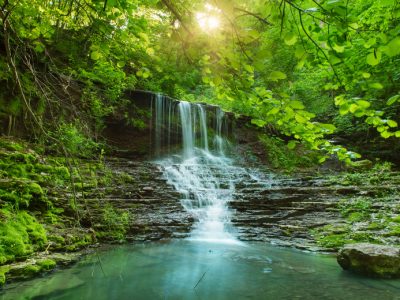 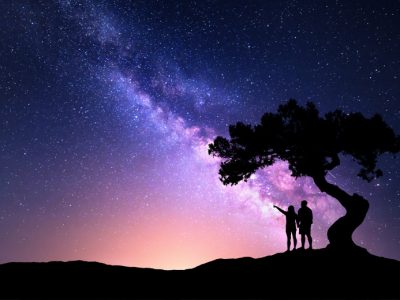 Finding the Milky Way and Other Observable Galaxies

You’ve probably heard of the galaxy far, far away called the Milky Way — but did you know that there are billions of galaxies ... Read More 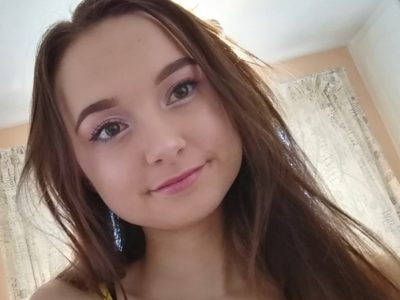 Please note, this article is not intended as medical advice. Should you be suffering from obsessive-compulsive disorder or ... Read More